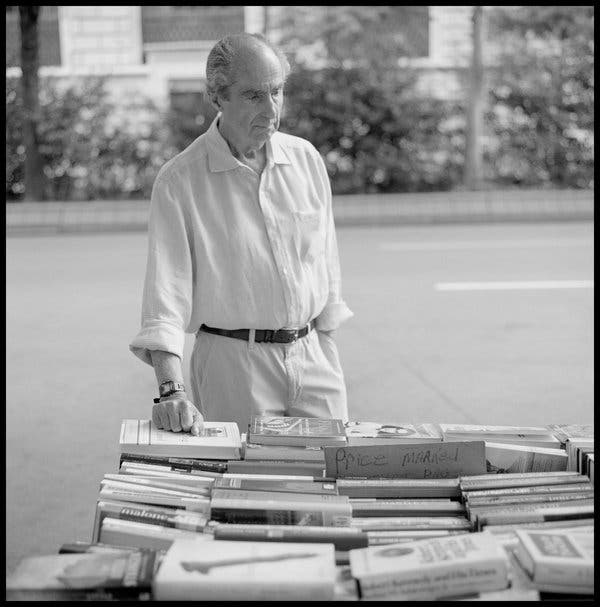 The novelist Philip Roth who passed away on Tuesday,  has been receiving  accolades and tributes for his literary work.  Portnoy’s Complaint and Goodbye, Columbus were among the must-read novels of my generation in the 1960s.

Beyond his body of literature, Roth, also has provided some devastating analysis on President Trump, calling him a “callow and callous killer capitalist” and “humanly impoverished.”

In correspondence with The New Yorker last year, Roth drew parallels between Trump and aviator Charles Lindbergh, who features prominently in Roth’s novel The Plot Against America as an isolationist president during the 1940s.

“It is easier to comprehend the election of an imaginary president like Charles Lindbergh than an actual president like Donald Trump,” Roth wrote. “Lindbergh, despite his Nazi sympathies and racist proclivities, was a great aviation hero who had displayed tremendous physical courage and aeronautical genius in crossing the Atlantic in 1927. He had character and he had substance and, along with Henry Ford, was, worldwide, the most famous American of his day. Trump is just a con artist.”

Roth went on to eviscerate Trump:

“Trump is: ignorant of government, of history, of science, of philosophy, of art, incapable of expressing or recognizing subtlety or nuance, destitute of all decency, and wielding a vocabulary of 77 words that is better called Jerkish than English.” wrote Roth.