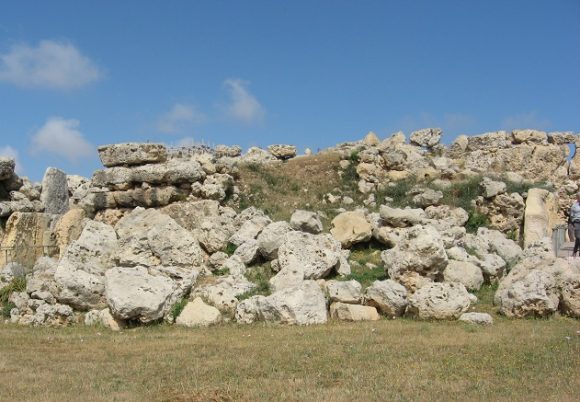 We spent the day on the island of Gozo just northwest of Malta. It has spectacular views of the Mediterranean as well as several points of interest.

Our first stop was Ggantija in Xaghra, free standing temples built and developed between 3600 and 2400 BC making them among the earliest planned structures in the world, older than the Pyramids in Egypt and Stonehenge in England. The exterior stone slabs weigh several tons and the outside walls are up to six meters high. In addition to the exterior remains, several apses (rooms) are still intact.

Dwejra located in the southwest corner of Gozo provides some of the most beautiful scenery on the island. Hidden behind the towering cliffs is a huge natural pond of shallow water (the Inland Sea), which is fed through a narrow tunnel in the cliff face. This tunnel links it to the deep blue Mediterranean.

Whenever you drive along the coast of Gozo you will likely see watch towers built by the Knights of St. John.  They served as a communications system to alert authorities of any type of invasion.

Our last stop was Xlendi, a village situated in the south west corner of Gozo. We had lunch overlooking the Bay of Xlendi. 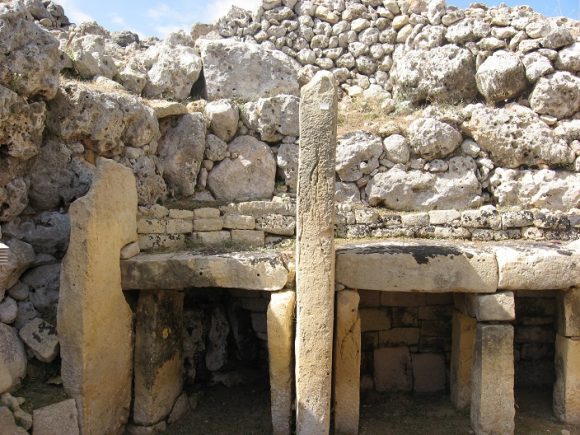 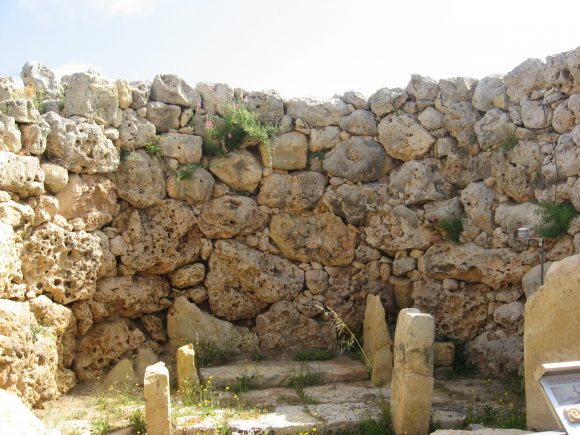 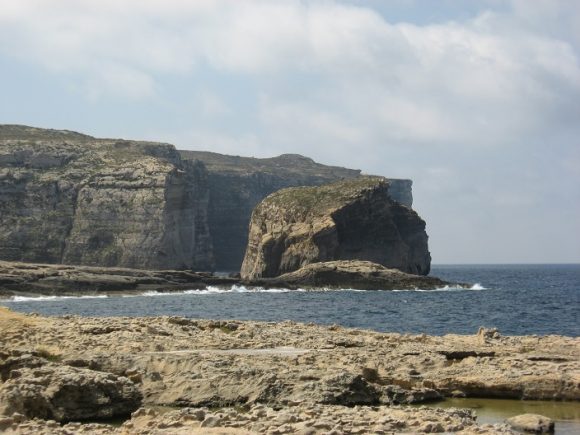 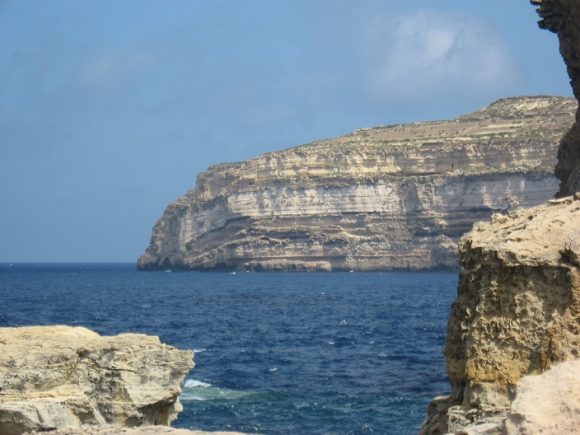 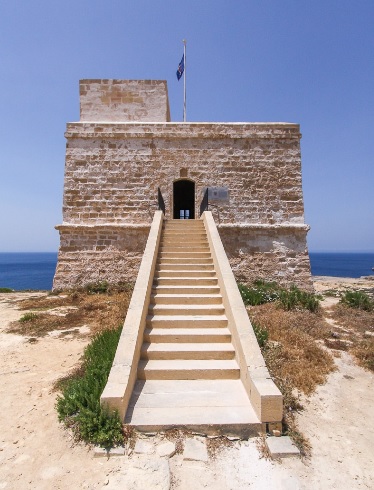 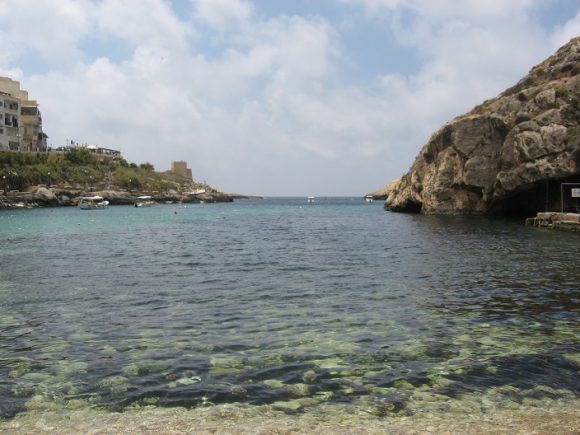