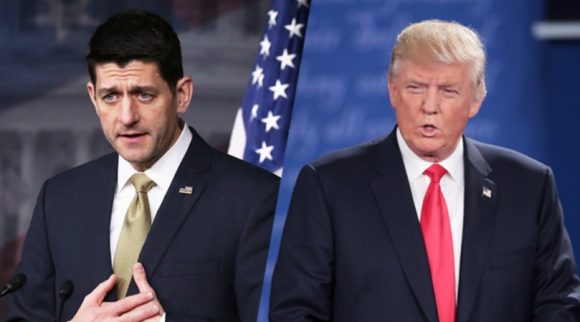 Yesterday the news media took a short break from the Mueller investigation, Donald Trump’s personal attorney Michael Cohen, Steve Zuckerberg, and Syria, to cover House Speaker Paul Ryan’s announcement that he is not running for reelection.  His decision puts in jeopardy the passing of any meaningful legislation for the remainder of this Congressional session.  However, a New York Times editorial this morning entitled, Saving Paul Ryan, pleads with Ryan to do the country a great service by calling out President Trump as needed in his remaining time in office.  Below is the entire editorial.

In sum, put the country ahead of your party, Mr. Ryan.

Well, Paul Ryan, you’re a free man now — at least, much freer than you were before you announced on Wednesday that you’d be stepping down as House speaker and departing Congress in January. What an opportunity you have to serve the country and to demonstrate, despite all the ground you’ve created for eye-rolling, that you care about something more than short-term partisan advantage.

Have you truly been offended, as you suggested in 2016, by the bigotry and bullying of Donald Trump? Would you like to see the White House, and the Republican Party, set a higher standard? Now you have the chance to go far beyond milquetoast observations, like “he could have done better,” your less-than-withering reaction to President Trump’s claim that there were “very fine people” among the white nationalists in Charlottesville, Va., who chanted, “Jews will not replace us.”

You say you’ve been given assurances that the president doesn’t intend to fire law-enforcement officials who are investigating Russia’s interference in the 2016 election. So you’re clearly worried about that possibility. Why not take steps to ensure your fellow citizens won’t have to suffer the constitutional crisis that a step like that would precipitate?

You don’t have to worry anymore about weathering a primary challenger from the far right. You don’t have to truckle before a blast of presidential tweets. You can use your remaining authority and credibility with your colleagues to pass legislation to make it harder for the president to fire Robert Mueller, the special counsel, and other officials at the Department of Justice. On your way out the door, on that crucial question, you still have a chance to put yourself on the right side of history.

Unfortunately, the reputation you hoped to build for yourself across your nearly 20 years in Congress, as an earnest policy wonk in anguish over the federal deficit, vanished long ago beneath a flood of red ink. You talked a lot about making government more effective and efficient, but actually pushed a conventional hard-line agenda of huge tax cuts for corporations and the wealthy and steep cuts to Medicaid, Medicare and other government programs that benefit low-income and middle-class families. The tax law you rammed through last year will blow up the deficit by more than $1.85 trillion over the next decade. All that debt is part of your legacy. Too late to fix that.

We’re also not trying to persuade you to redeem yourself by embracing Planned Parenthood and the Affordable Care Act. Much as we disagree with you, it seems more than possible that you actually believe it’s right to strip funds from the former and destroy the latter. Whether you were being cynical or naïve, your insistence that an unregulated market will rush to the aid of society’s most vulnerable members — in defiance of so much hard human experience to the contrary — has been consistent.

But setting aside those lost causes, we know you’ve also talked about good government and transparency, about the critical role of Congress as a check on the executive. So step up. Exercise Congress’s constitutional responsibility to authorize the use of force in places like Syria. Have House committees hold hearings on the conflicts of interests that pervade the Trump administration. Demand that the president release his tax returns. Get outraged when Mr. Trump tosses aside ethical practices like releasing the logs of the visitors to the White House until the administration was sued. And speak out forcefully when the president insults or attacks minorities, women and anybody else less privileged than him.

You’re only 48 years old, and you have a long career ahead of you, but how you handle Donald Trump will surely decide how history sees you. So go out in style, Mr. Ryan. You will be doing the country — and your party — a service.