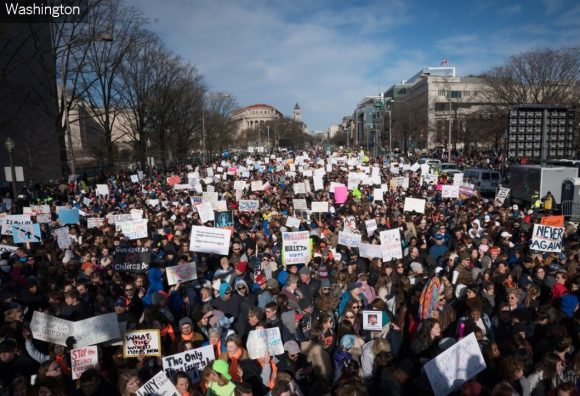 Yesterday, sparked by the killings at Marjory Stoneman Douglas High School in Parkland, Florida, millions of people mostly high school students marched in cities and towns across the United States as well as in other countries calling on political leaders for greater gun controls.   They seized the nation’s attention with raised fists and tear-streaked faces, and expressed their grief about school shootings and their frustration with adults’ inaction.  As reported by the New York Times:

“If they continue to ignore us, to only pretend to listen, then we will take action where it counts,” Delaney Tarr, a student at Marjory Stoneman Douglas High School in Parkland, where a gunman killed 17 people last month, told tens of thousands rallying in Washington. “We will take action every day in every way until they simply cannot ignore us any more.”

For many of the young people, the Washington rally, called March for Our Lives, was their first act of protest and the beginning of a political awakening. But that awakening may be a rude one — lawmakers in Congress have largely disregarded their pleas for action on television and social media in the five weeks since the Parkland shooting.

That reality helped drive the Parkland survivors in Washington, as they led a crowd that filled blocks of Pennsylvania Avenue between the White House and Capitol Hill. Thousands more rallied at about 800 “sibling” marches around the country and abroad, where students, like those in the capital, made eloquent calls for gun control and pledged to exercise their newfound political power in the midterm elections this fall.

More photos are available at: 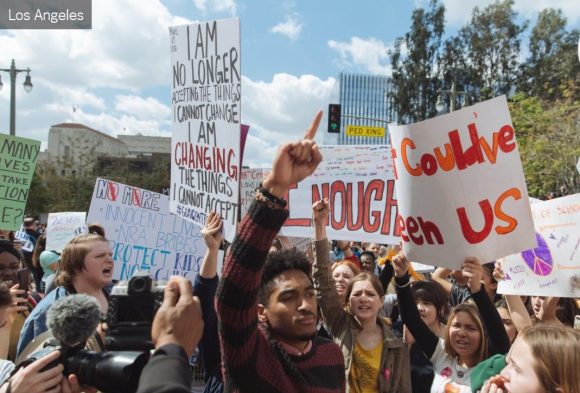 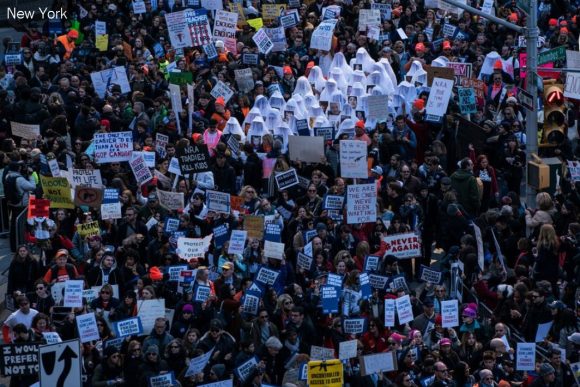 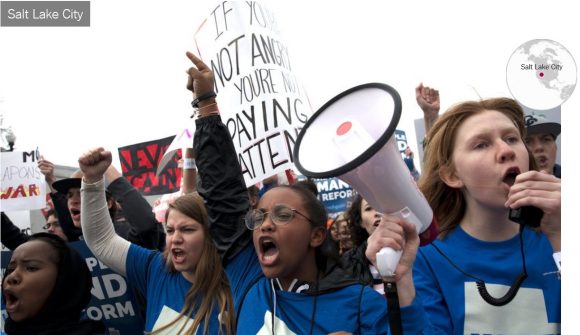 And taken here in New York City at 46th Street: 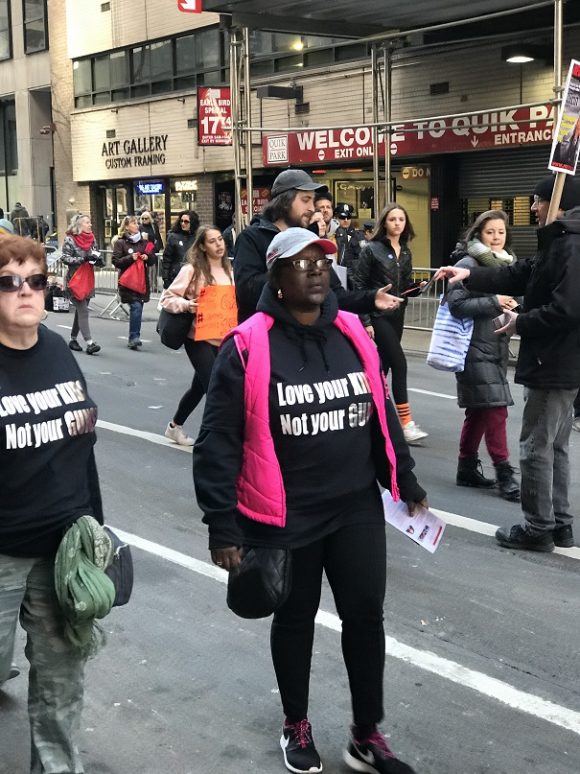 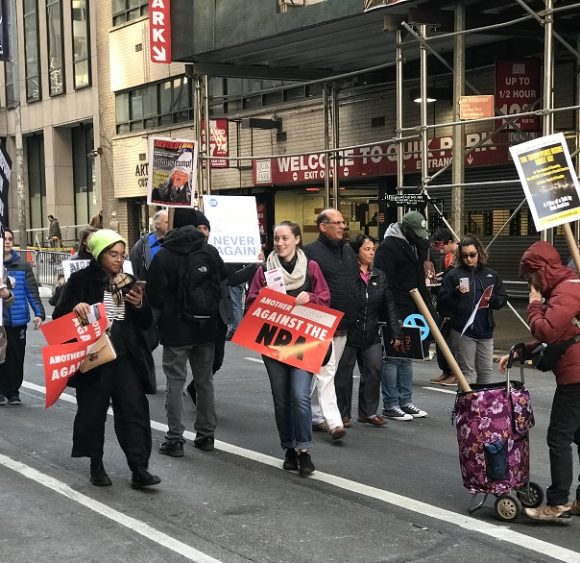