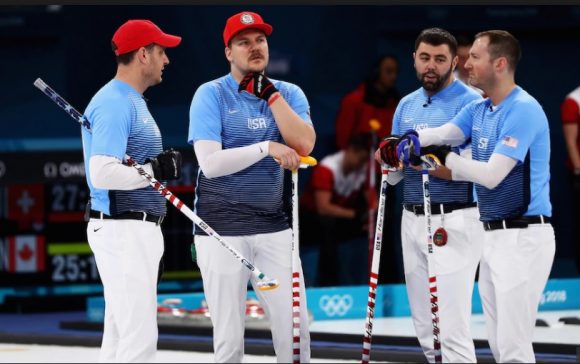 I have been watching the Olympic Games in South Korea for the past two weeks. There have been wins and heart-breaking defeats but in general the competition and events have been enjoyable.  The grace of the figure skaters.  The excitement of the skiers.  The athleticism of the snowboarders.   This morning I woke up at 3:00 am to watch the USA’s Men’s Curling Team play for the Gold Medal against Sweden.  A week ago, the USA Men’s Team had a record of 2-4 and seemed all but out of any medal consideration but they came back with five straight wins to win the Gold early this morning with a 10-7 victory.  While normally the teams play ten “ends” in a game, the USA had the game rapped up after eight ends when with the last stone, John Shuster hit a shot that gave the Americans an unbelievable five points to cement the victory.  Congratulations to John and teammates, John Landsteiner, Matt Hamilton, and Tyler George.  Congratulations also to the Swedish Team for winning the Silver Medal.