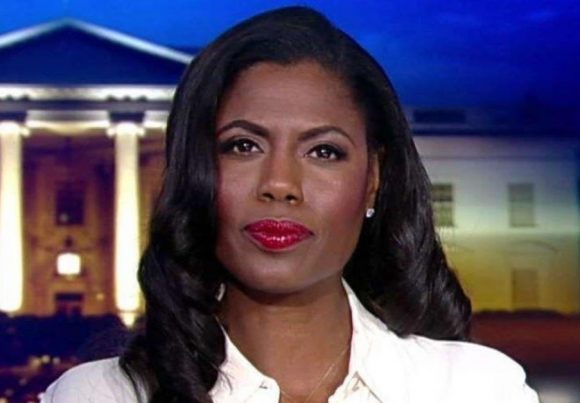 New York Times columnist, Charles Blow, had a no holds barred piece on Omarosa Manigault Newman who was ousted last week as Director of Communications for the White House Office of Public Liaison.  Blow skewers Omarosa as “odious…a fame junkie…and check casher.”  Here is an excerpt:

“Omarosa. One name is all you need. Madame is mononymous, and for all the wrong reasons: not fame, but infamy.

Her full name is Omarosa Manigault Newman, if you must know. Her claim to fame prior to latching herself onto the Trump campaign was being on Donald Trump’s reality show and being fired by him.

Now, she is in the headlines for again parting ways with the man who made her.

According to reports, she was fired by Chief of Staff John Kelly at a Christmas party and forcibly removed from the building. According to her, she gracefully resigned. As is always the case with this White House, somebody is lying.

But whatever the true nature of her departure, it is important to understand why few will mourn it.

Omarosa is odious, on purpose, as a strategic act of persona shaping and career building. It is part performance and part personal defect. The publisher’s summary on Omarosa’s own book, “The Bitch Switch: Knowing How to Turn It On and Off,” labeled her “the primetime villainess you love to hate.”

She is a fame junkie and check chaser, a devourer of any and all who stand between her and that which she craves.

She made her mark with an acerbic tongue, sharp elbows and a survive-at-all-costs scheming, and by being, as she wrote in her book, a cat who could “be just as aggressive as any breed of dog (i.e., our male counterparts).” She was modeling the worst of men. She was modeling the essence of Trump himself: mean, bullying, self-interested, self-aggrandizing and rapacious.

And often, the focus of her scorn and venom were other black people. This made it all the more shocking when she became the “director of African-American outreach” for the Trump campaign.”

In sum, according to Blow, Omarosa was persona non grata in the black community who did little for anyone but herself.