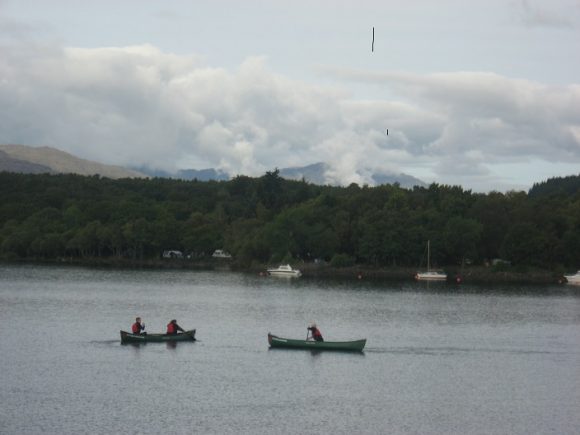 It was a full day of touring with visits to Loch Lomond (above), the Kelpies, the Highlands, and Stirling Castle.  Loch Lomond is one of Scotland’s truly beautiful lakes, a bit like New York’s Lake George in the Adirondacks.  Tom Weir (below) was a well-known Scottish mountaineer, environmentalist, writer, and television broadcaster, associated with preserving the beauty of Loch Lomond.

At 30-meters high, The Kelpies are the highest horse sculptures in the world.  The Kelpies represent mythological transforming beasts possessing the strength and endurance of 10 horses.  They also represent the lineage of the heavy horses of Scottish industry such as Clydesdales that pulled the wagons, ploughs, barges and coalships that shaped the geographical layout of the area.

The Highlands of Scotland are the mountainous region in the north.  The mountains are majestic and also edge beautiful valleys where sheep and Highland Cattle graze.  A side note: our tour guide, Amy, referred to the shaggy, horned critter in the photo below as a “Heelan Coo” not as a “Highland Cow”

The last stop on the tour was Stirling Castle, the home of the Scottish kings and queens such as Robert the Bruce, James III, and Mary, Queen of Scots.

Quite a day of sightseeing! 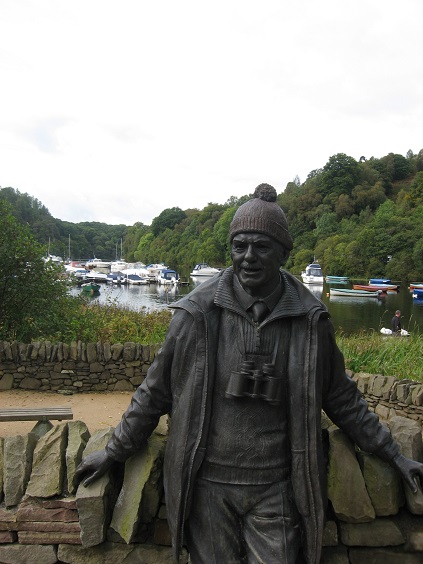 Tom Weir Bronze with Loch Lomond in the Background! 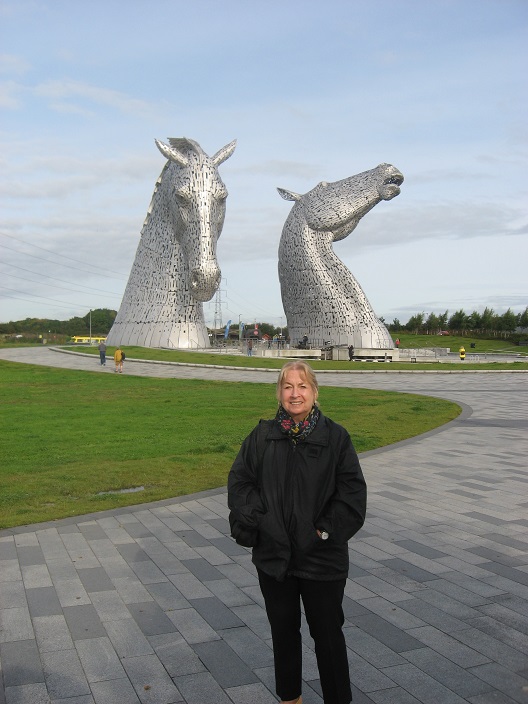 The Kelpies with Elaine in the Foreground! 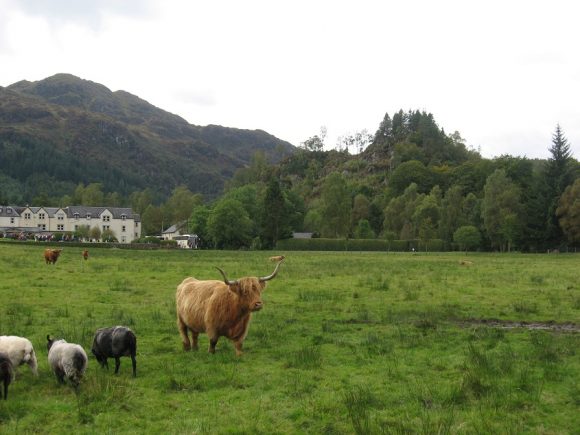 Sheep and Highland Cattle Grazing in a Valley! 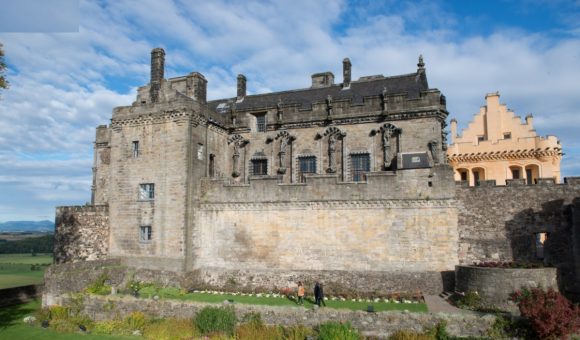 Stirling Castle – Home of the Scottish Kings and Queens! 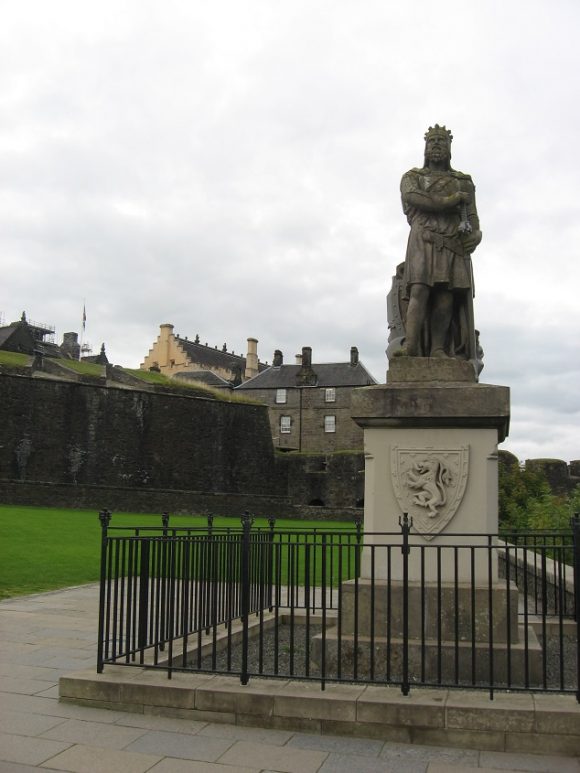 Bronze of Robert the Bruce with Stirling Castle in the Background!