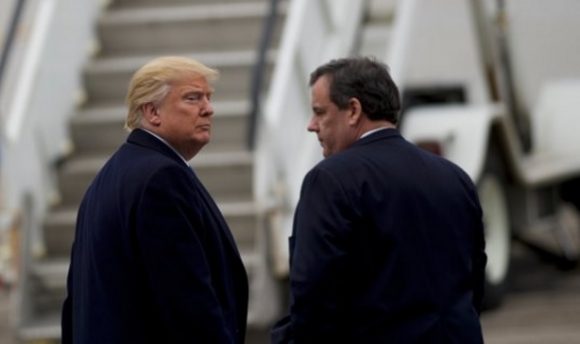 “The stories of the disgraced New Jersey governor and the disgraceful American president overlap. Christie was “Trump before Trump,” Michael Steele, a former chairman of the Republican National Committee, told The Washington Post’s Robert Costa in an article published late Monday. “He does what he wants to do, and his success can be traced to that. But there are consequences, of course, when you work that way.”

Steele could as easily have been talking about Trump, and when Costa referred to the “defiance that has both lifted and hobbled Christie’s political career,” he brought to mind Trump’s temperament and trajectory, whether he meant to or not.

The twins of tantrum, Christie and Trump had almost identical political appeals. They mocked propriety. They broke rules. They assertively peddled the impression that as happy as they were to make friends, they were even happier to make enemies, because that meant that they were fully in the fight.

In an era of resentment and anger, many voters thrilled to the spectacle. The problem with other politicians, these voters legitimately reasoned, was too much indulgence of vested interests and too cowardly an obeisance to convention. If you didn’t slaughter the sacred cows, you’d never get to the tastiest filet.””

But Christie and Trump proved to be butchers of a more indiscriminate and self-serving sort, and both demonstrated that there’s a short leap from headstrong to hardheaded and from defiant to delusional. Bold nonconformity can be the self-indulgent egotist’s drag.”

“Trump and Christie somehow decided that you have to govern by middle finger if you want to avoid governing by pinkie finger. But there’s a digit in between: a middle ground. It’s where real leadership and true effectiveness lie.

Christie’s disrepute and dashed ambitions confirm as much. So does the ongoing insult of Trump’s presidency. They show that if you embrace a politician who talks too frequently and proudly about not caring what anyone thinks, you’ll wind up in the clutch of a politician whose last refuge is not caring what anyone thinks. That’s a dangerous place to be.”

A dangerous place indeed and one that we may be living in for seven more years.