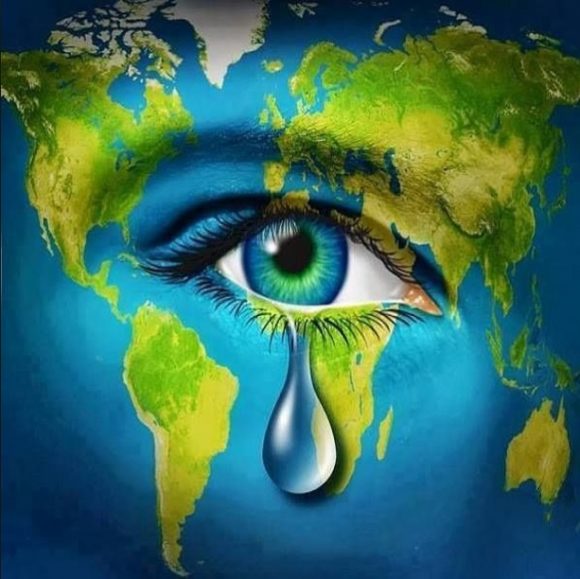 Yesterday, Donald Trump formally pulled the United States out of the Paris Accord to reduce planet-warming greenhouse gas emissions that had been approved by 190 nations.

Trump said Thursday he would exit the accord ― which he insists “punishes the United States” ― but left open the idea the U.S. could “negotiate our way back in to Paris” or potentially work to reach some other deal entirely.

“We will all sit down and we’ll get back into the deal and we’ll make it good,” said Trump.

World leaders, who have been negotiating a global agreement for 25 years, of course may differ on that point.

“Only future generations will be able to calculate the full consequences of President Trump’s incredibly shortsighted approach to climate change, since it is they who will suffer the rising seas and crippling droughts that scientists say are inevitable unless the world brings fossil fuel emissions to heel.

But this much is clear now: Mr. Trump’s policies — the latest of which was his decision to withdraw from the 2015 Paris agreement on climate change — have dismayed America’s allies, defied the wishes of much of the American business community he pretends to help, threatened America’s competitiveness as well as job growth in crucial industries and squandered what was left of America’s claim to leadership on an issue of global importance.

The only clear winners, and we’ve looked hard to find them, are hard-core climate deniers like Scott Pruitt at the Environmental Protection Agency and the presidential adviser Stephen Bannon, and various fossil fuel interests that have found in Mr. Trump a president  credulous enough to swallow the bogus argument that an agreement to fight climate change will destroy or at least inhibit the economy.

Mr. Trump justified his decision by saying that the Paris agreement was a bad deal for the United States, buttressing his argument with a cornucopia of dystopian, dishonest and discredited data based on numbers from industry-friendly sources. Those numbers are nonsense, as is his argument that the agreement would force the country to make enormous economic sacrifices and cause a huge redistribution of jobs and economic resources to the rest of the world.”

God save our planet!

P.S.  I wonder what would have happened in the 2016 election if Jill Stein did not run as a Green Party presidential candidate and if some, if not most of her votes went to Hillary Clinton instead especially in states like Pennsylvania, Wisconsin, and Michigan.