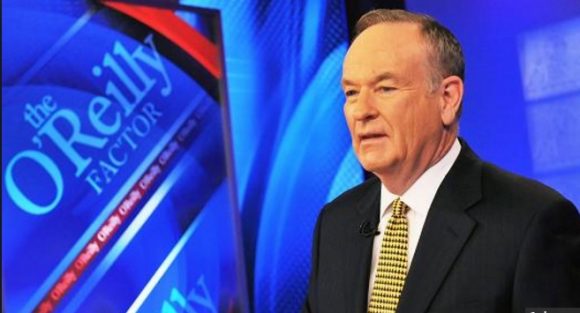 I returned home last night from Andalucia after eighteen hours of travel on trains, planes, and automobiles.  It was a wonderful trip to an interesting part of the Western world.  Lots of history, culture, and friendly people.

The top news this morning has to be the ouster of Bill O’Reilly at Fox News because of sexual harassment charges by multiple women.  O’Reilly had the top-rated cable news show for years, was a hugely successful author with his “Killing….” series of books, and had a popular touring show with Dennis Miller.  The Murdoch family had no choice but to oust O’Reilly after sponsors started abandoning the show.  Below is an excerpt from page one of the New York Times:

“Bill O’Reilly’s reign as the top-rated host in cable news came to an abrupt and embarrassing end on Wednesday as Fox News forced him out after the disclosure of a series of sexual harassment allegations against him and an internal investigation that turned up even more.

Mr. O’Reilly and his employers came under intense pressure after an article by The New York Times on April 1 revealed how Fox News and its parent company, 21st Century Fox, had repeatedly stood by him even as he and the company reached settlements with five women who had complained about sexual harassment or other inappropriate behavior by him. The agreements totaled about $13 million.

Since then, more than 50 advertisers had abandoned his show, and women’s rights groups had called for him to be fired. Inside the company, women expressed outrage and questioned whether top executives were serious about maintaining a culture based on “trust and respect,” as they had promised last summer when another sexual harassment scandal led to the ouster of Roger E. Ailes as chairman of Fox News.

That left Mr. O’Reilly’s fate in the hands of the Murdoch family, which controls 21st Century Fox. In the end, according to two people familiar with the decision, Rupert Murdoch and his sons, James and Lachlan, made their call after reviewing the results of an internal investigation that found that multiple women had reported inappropriate behavior by Mr. O’Reilly.”

While we applaud Fox News for taking this step, we have to wonder what kind of a misogynist culture Murdoch and the owners allowed to develop at the network.