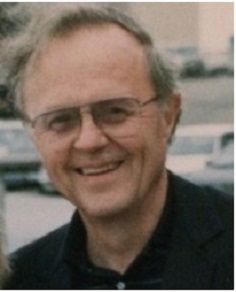 It was with great sadness that I heard from Che-Tsao Huang yesterday that our dear colleague, Don O. Watkins, had died.  Don was someone special and a close friend to many of us at the City University of New York.  Don worked at Brooklyn, Medgar Evers, Hostos, and Baruch Colleges, and the Central Office as faculty and as an administrator.  I first met Don in 1975  at Medgar Evers College.  Don was the Dean of Administration and I was responsible for computer services.  He taught me and all of us who worked with him so much about social justice, the role of public higher education, and leadership.  His lessons which were always given by example and informal discussions, have stayed with me my entire life.  I last saw Don earlier this year and we talked about a lot of things and especially about our trips to China in 2001 and 2006 as part of CUNY’s Sino-American Conference on Education. I will always treasure the weeks we spent together in Shanxi Province with CUNY and Chinese colleagues. My heart is very heavy today.  Below is Don’s NY Times obituary.  It says it all about what a fine and inspiring individual he was. My sincerest condolences to his family.

Don O. Watkins, of Levittown, New York, passed away from cancer on December 8, 2016, at 89, surrounded by loving family at the Hospice Inn in Melville, New York.
Don was born in Wauseon Ohio in 1927 to Orra and Florence Watkins. He was an outstanding student-athlete and inducted into Wauseon’s academic and athletic halls of fame.
Don served in the Army during WWII. He graduated Phi Beta Kappa from Denison University and earned an M.A. and Ph.D. in Philosophy and Sociology of Education from Yale University. His Denison football coach, Woody Hayes, called Don one of the most remarkable young men he ever knew.
Don met his wife, Barbara, at camp when they were fourteen years-old. They reunited after WWII and married in 1950. In 1960, they moved to New York when Don started teaching at Brooklyn College in the City University of New York (CUNY).
Don remained an educator for the rest of his life, as professor, dean, and academic Vice President. His career focused on civil and human rights, organizational behavior and higher education. He taught and mentored countless students and educators at Brooklyn, Medgar Evers, Hostos and Baruch colleges, and CUNY’s Graduate Center, and also served as a university ombudsman for many years. In 1995, he retired as Professor Emeritus after receiving CUNY’s Presidential Excellence Award.
Don was deeply committed to civil rights, marching on Washington with Martin Luther King, Jr., serving as a community advisor after the 1965 Watts crisis, directing studies on employment discrimination, protesting apartheid, and serving on CUNY’s affirmative action committee until 2015. When he was arrested during a 1985 anti-apartheid protest, the supervising NYPD officer recognized Don as his former professor and hugged him, to the surprise of officers and protestors alike.
Don’s humanitarian interests were international in scope and, in 1982, he became Vice President of the U.S.-China Education Foundation. For the next thirty years, he frequently traveled to China while fostering relations in higher education.
Don was also active in his community of Levittown, New York, serving two terms as an elected school board member, including as Vice President and President.
Don was a devoted son, brother, father, grandfather, great-grandfather and husband. He was always present for his children, a joyful grandfather and great-grandfather, and loving husband to Barbara, his wife of sixty-six years.
Don is survived by his wife, Barbara; children, Beth Sturman, Kurt (Catherine) Watkins, Thomas (Patricia) Watkins, and Christopher (Martha) Watkins; grandchildren, Kerrie (Woo) Kang, BriAnne Watkins, Cristina (Richard) Kingston, William Sturman, Matthew Watkins, and Bryan Watkins; great-grandchildren, Hana, Audrey, and Isla; and sister, Joan Domeck, and brother, Roger (Sue) Watkins. Don was predeceased by sister Rachel (Robert) Ellis and brother Harold (Evelyn) Watkins.