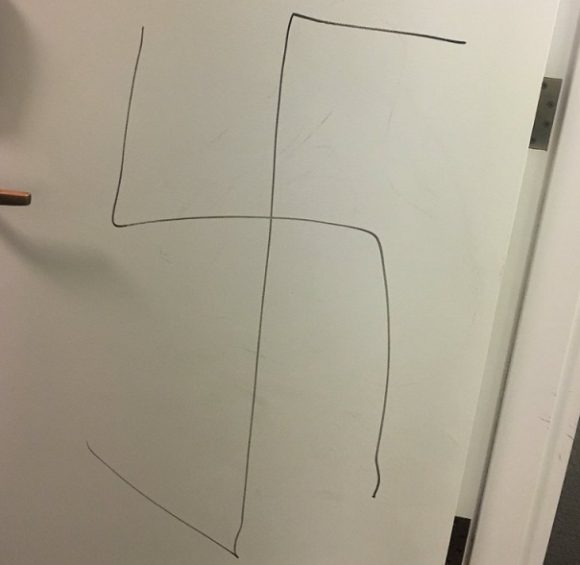 The New School, one of New York’s great institutions of higher education, was the victim of hate vandalism this weekend when swastikas were drawn on several dormitory doors, some of which are occupied by Jewish women.  David Van Zandt, the school’s president, released a statement yesterday addressing the symbols, saying hate crimes were “unacceptable at the school.”

“Any form of expression that denigrates members of our community based on their race, ethnicity, religion, sexual or gender identity, or political beliefs is completely abhorrent and antithetical to our core values,”

There has been a spike in hate-related incidents targeting minorities across the country following Donald Trump’s victory in the presidential election.

Trump ran a divisive campaign in which he called Mexican immigrants rapists and criminals and promised to block Muslims from entering the United States. He also employed anti-Semitic imagery and earned the backing of white supremacists.

Mayor Bill de Blasio commented that “Hate speech is reprehensible, and has no place in NYC. To the affected, we stand with you.”

It is especially hurtful in this incident given The New School’s history of being a haven for academics and intellectuals who fled Eastern Europe in the 1930s to escape Nazi and Fascist persecution.