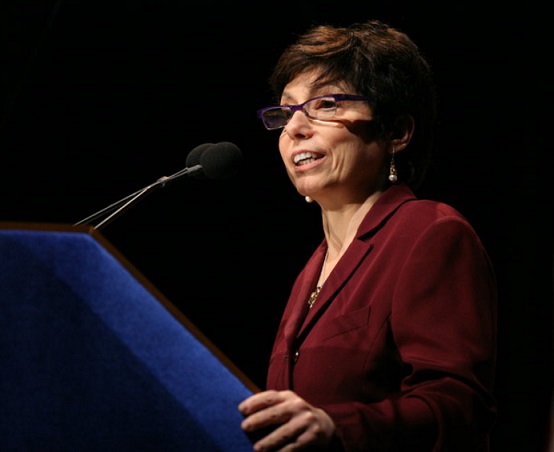 Lisa Coico, the president of the City College of New York resigned yesterday, a day after the New York Times contacted officials with questions about her administration’s handling of more than $150,000 of her personal expenses.  As reported by the Times:

“Ms. Coico’s resignation is effective immediately, said James B. Milliken, chancellor of the City University of New York, the college’s parent body, in a statement. She will be replaced temporarily by Mary Driscoll, the college’s new interim provost, pending the appointment of an interim president at the next meeting of the university’s board of trustees, which is set for Oct. 26.

The Times had been investigating whether Ms. Coico’s expenses were accurately recorded, or whether some had been postdated. The Times presented its findings to officials on Thursday, and by late Friday, Ms. Coico had submitted her resignation.

In a statement on Friday, she announced that she was stepping down but did not give an explanation.

Ms. Coico — along with the 21st Century Foundation, a nonprofit affiliated with the college — is currently under investigation as part of a federal inquiry into her finances and the use of federal research grants.

A federal subpoena was issued shortly after The Times reported that the foundation had paid for some of Ms. Coico’s personal expenses, including furniture and fruit baskets, when she took office in 2010. The foundation was then reimbursed not by Ms. Coico, as some college officials had urged, but by the Research Foundation of the City University of New York, which manages research funds for the entire system. That arrangement raised concerns among some experts on government and nonprofit ethics because there are usually strict guidelines for how federal money is used.

Ms. Coico has maintained that there was no “inappropriate use” of college funds and, in letters to faculty and students, has said that she asked all relevant employees to “cooperate fully” with prosecutors.

A spokeswoman for Robert L. Capers, the United States attorney for the Eastern District of New York, which is handling the federal investigation, declined to comment, citing office policy.

The scope of the federal inquiry is unclear. But numerous college officials received a letter in July saying that they “must preserve, and may not alter,” documents related to Ms. Coico, her family, the 21st Century Foundation and the research foundation, such as annual financial statements and annual filings with the Internal Revenue Service and the office of the New York attorney general, dating to when Ms. Coico took office.

Ms. Coico arrived with much fanfare as the first CUNY alumna to serve the president of City College, which was established in 1847. A former provost at Temple University with a background in microbiology and immunology, she was chosen to lead an ambitious expansion of the college’s science programs, and to continue the strong fund-raising that had become the hallmark of one of her predecessors, Gregory H. Williams.

A sad ending to a distinguished career.