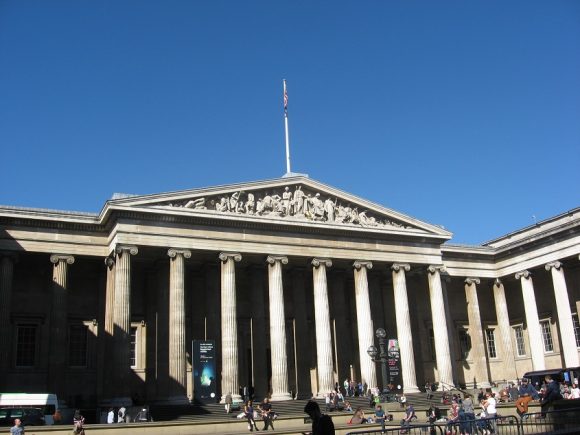 Elaine and I spent much of today at the British Museum that opened in 1749.  The outside is a traditional, four-sided building with marble columns across the front. The interior, however, was renovated during the Millennium celebration and features a glass dome, spiral staircases, and a large cylinder built in the center of the courtyard. Most impressive architecture.  The Museum’s collection includes the Rosetta Stone, the Parthenon (Elgin) Marbles, an Easter Island stone figure, and a host of other exhibits. As you enter the Parthenon Marbles Room, a six-age pamphlet is distributed that explores the issue of whether the Marbles should be displayed in London or Athens. 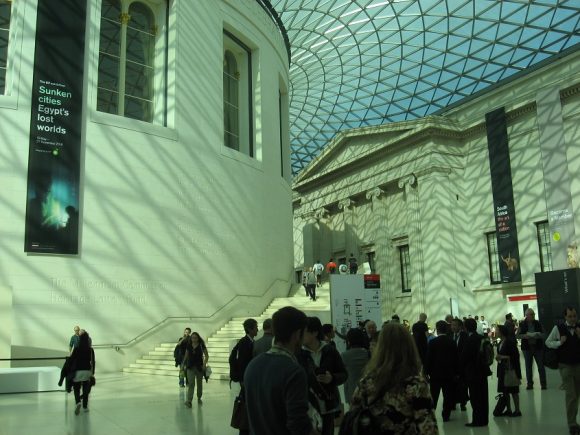 We had lunch across at the street at the Museum Tavern where notables Karl Marx and George Orwell would stop for a pint or two. 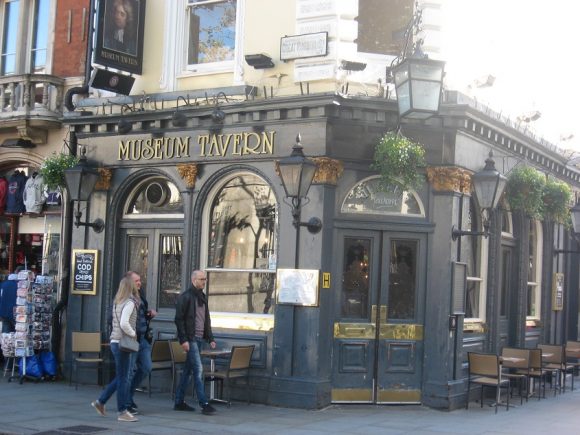 We finished the day at the University of London and its beautiful urban campus. 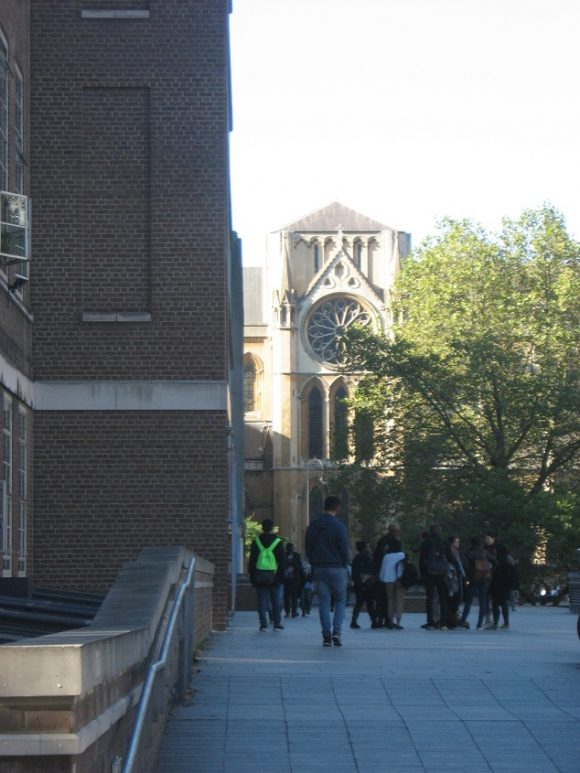 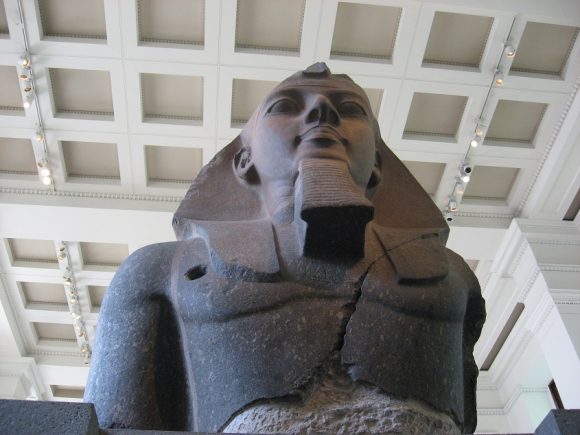 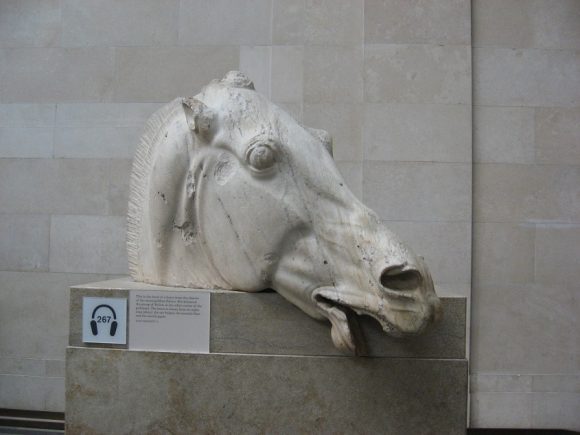 One of the Parthenon (Elgin) Marble 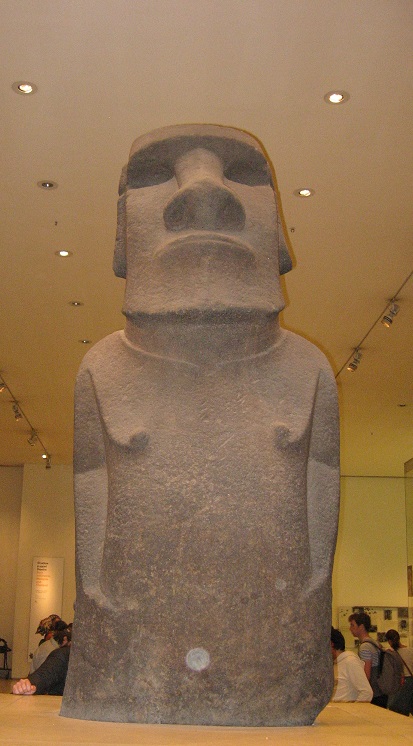