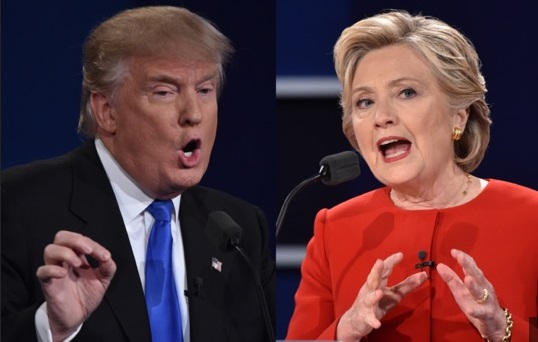 The first presidential debate was held last night at Hofstra University and Hillary Clinton edged out Donald Trump by a nose or two.  There weren’t any “aha” moments or major gaffes although Donald Trump came close.  Clinton was well-prepared and remained poised.  Trump was close to losing his temperament throughout the second half of the debate.  Lester Holt, the moderator, did a fine job of keeping the candidates on message.

Trump started with an effective attack on Clinton’s support of trade agreements that resulted in the loss of millions of jobs to other countries.  He also raised serious questions about the economy under her and President Obama.  However, she stood her ground and did not become frazzled.  However, the tide shifted to Hillary when Holt asked about racism in the country.  Clinton talked about building communities and developing trust between blacks and police.  Trump went on a “law and order” binge followed by the need for “stop and frisk” policies.

During the second half of the debate, Clinton surely had the upper hand by attacking Trump on his income taxes, birther stand, hurtful comments about women, his position on the Iraq War, and his business acumen mentioning bankruptcies, lawsuits, and “stiffing” contractors.  Here Trump was close to becoming unraveled. He went on the defensive and made a series of bizarre statements about a 400-pound hacker on a bed, Rosie O’Donnell, and a rant about asking Sean Hannity about his position on Iraq as if Hannity is some kind of highly–respected newsman.

CNN conducted a poll after the debate and from a sample of 400 plus viewers concluded that Hillary Clinton won by a large margin something like 62 to 27 percent.

p.s. : The New York Times has a series of quotes this morning about the debate from various personalities that readers might find interesting.