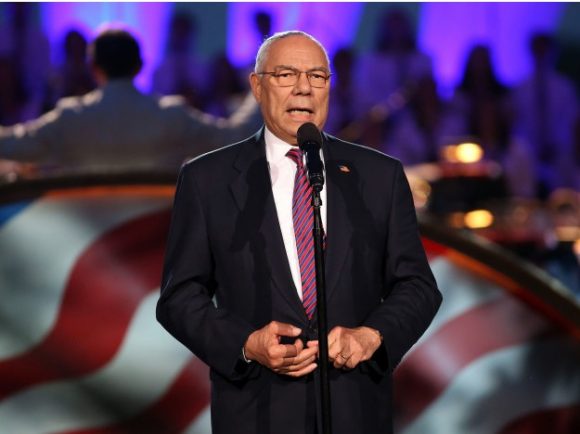 In a number of emails obtained by BuzzFeed News, Colin Powell tore into Donald Trump referring to him as an “international pariah” and a “national disgrace.”

In one email, Powell denounced Trump for perpetuating the “racist” birther movement that questioned President Barack Obama’s US citizenship.

“Yup, the whole birther movement was racist,” Powell wrote, according to the BuzzFeed News report. “That’s what the 99% believe. When Trump couldn’t keep that up he said he also wanted to see if the certificate noted that he was a Muslim.”

In another exchange, Powell went off on media — echoing the position of other lawmakers who believe the press helped fuel Trump’s rise.

“You guys are playing his game, you are his oxygen,” he said.