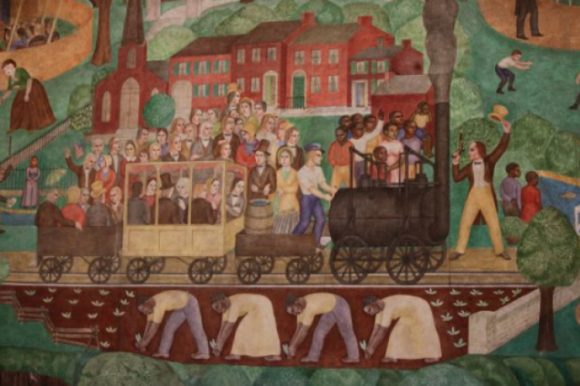 Eli Capilouto, president of the University of Kentucky, announced that a controversial mural in the foyer of Memorial Hall depicting black slaves will be uncovered.  The decision to cover the mural was made last year following student protests demanding that something be done about the 40-foot mural. As reported in The Chronicle of Higher Education:

“The University of Kentucky will remove a veil from a controversial mural on the campus that depicts black slaves picking crops, the university announced on Thursday. It will surround the painting with “other works of art from a variety of perspectives that provide a larger narrative of our history, our aspirations, our shortcomings, and the progress we still must make,” wrote the institution’s president, Eli Capilouto, in a blog post.”

President Capilouto also promised that further steps will be taken in the coming academic year to address issues of diversity on the campus.