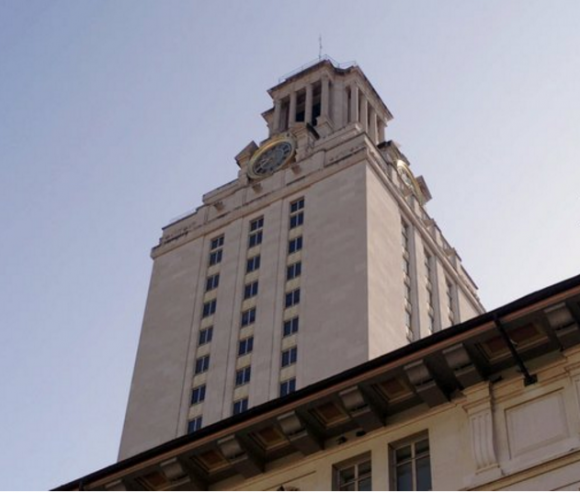 Earlier this week, the University of Texas held a memorial service of the sniper shooting that occurred fifty years ago during which forty-one people were shot and sixteen were killed.  The sniper was Charles Whitman, a former Eagle Scout and Marine, who suffered serious mental problems after his mother left his father in March 1966. As reported by Reuters:

“The University of Texas on Monday held its first memorial of a shooting rampage half a century ago that left 16 people dead, with a survivor of the massacre leading a procession across the field where she was hit by the sniper and her unborn child was killed.

Claire Wilson James walked past the spot where, at age 18, she spent nearly 90 minutes on the pavement in the hot sun next to her slain boyfriend on Aug. 1, 1966. The Texas tower shooting – so-named because the gunman fired from the university’s clock tower – is regarded as the first U.S. mass shooting in a public space and sent shockwaves across the country.

The 50th anniversary coincides with the start of a new law in Texas that allows concealed handgun license holders 21 and older to bring pistols into more places on the campuses of public colleges in the state, including classrooms.

Republican lawmakers who pushed through the “campus carry” law have said it could prevent another mass shooting. Critics see it as a wrong-headed approach that could spark more killing.

The University of Texas at Austin tried to keep campus-carry start separate from the memorial. University President Gregory Fenves said the ceremony was long overdue.

The school did not know how to respond in the aftermath of the shooting, with many thinking the best response was to not talk about it and carry on. Shooting survivors banded together a few years ago and pushed for the memorial.

At the memorial, held in the shadow of the tower, Fenves said that for many survivors, “There will never be relief from the pain and the scars you live with that have also scarred this great university.”

In 1966, Charles Whitman, a 25-year-old former Marine brought a cache of weapons to the tower’s observation deck, about 250 feet (76 meters) in the air, picking off people for blocks.

For the memorial, the university stopped the clock in the tower at 11:48 a.m., the time Whitman began his sniper attack.”