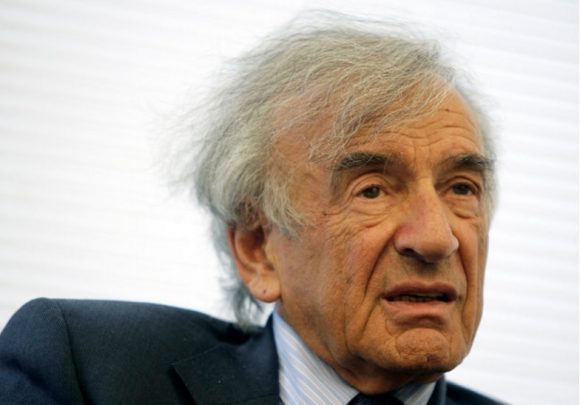 Elie Wiesel, a Holocaust survivor, philosopher, and Nobel Laureate, died yesterday.  In reminding the world of the horrors of the death camps of World War II, he became a “messenger to mankind” and a world spiritual leader.  As reported by Reuters:

“Activist and writer Elie Wiesel, the World War Two death camp survivor who won a Nobel Peace Prize for becoming the life-long voice of millions of Holocaust victims, has died.

Wiesel, a philosopher, speaker, playwright and professor who also campaigned for the tyrannized and forgotten around the world, was 87.

The Romanian-born Wiesel lived by the credo expressed in “Night,” his landmark story of the Holocaust – “to forget the dead would be akin to killing them a second time.”

In awarding the Peace Prize in 1986, the Nobel Committee praised Wiesel as a “messenger to mankind” and “one of the most important spiritual leaders and guides in an age when violence, repression and racism continue to characterize the world.”

Wiesel did not waver in his campaign never to let the world forget the Holocaust horror. While at the White House in 1985 to receive the Congressional Gold Medal, he even rebuked U.S. President Ronald Reagan for planning to lay a wreath at a German cemetery where some of Hitler’s notorious Waffen SS troops were buried.

“Don’t go to Bitburg,” Wiesel said. “That place is not your place. Your place is with the victims of the SS.”

Wiesel became close to U.S. President Barack Obama but the friendship did not deter him from criticizing U.S. policy on Israel. He spoke out in favor of Jewish settlements in East Jerusalem and pushed the United States and other world powers to take a harder stance against Iran over its nuclear program. Wiesel attended the joint session of the U.S. Congress in 2015 when Israeli Prime Minister Benjamin Netanyahu spoke on the dangers of Iran’s program.

“Elie Wiesel was one of the great moral voices of our time, and in many ways, the conscience of the world,” Obama said in a statement.”