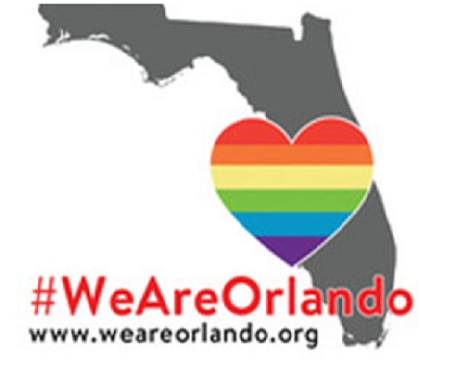 Once again we face the task of burying innocents because of a cowardly attack by a gunman driven by a distorted ideology of hate.  This time at a nightclub in Orlando where at least 50 people were killed early this morning.  Our sympathies go out to the families and friends of the victims and to the people of Orlando,  especially the LGBT community.

A group called We Are Orlando is coordinating vigils and memorial services that are and will be taking place around the country.    There are a number of  events planned for here in New York City.