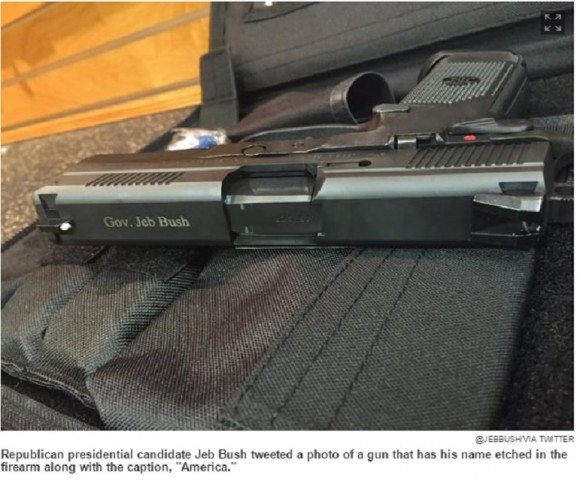 Republican candidate  Jeb Bush tweeted an image of a gun (above) given to him yesterday along with the single-word caption “America,” triggering a fusillade of mockery in tweeterdom.

Bush has made defending a broad interpretation of Second Amendment rights a pillar of his presidential campaign. On Friday, Bush said that if former Secretary of State Hillary Clinton became president, her likely Supreme Court Justice picks would attempt to eliminate the Second Amendment entirely.

So, Jeb, what are you going to do with the gun?

You cannot make this stuff up!