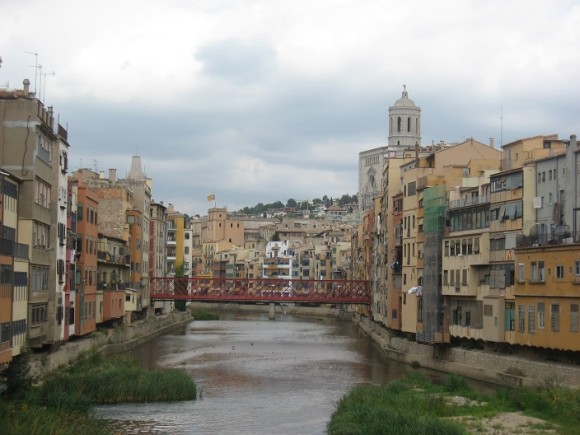 Today, Elaine and I traveled by bullet train to the historic city of Girona which traces its history more than 2000 years.  The most impressive structure is the Força Vella or fortress that was built by the Romans in the 1st century B.C.  The Forca Vella completely enclosed what is now the historic district. While much of it has deteriorated to rubble, some of the fortress still remains.

The Cathedral of Santa Maria is located at the heart of the Força Vella. Built between the 11th and 18th centuries, it includes a series of walls and spaces in different styles, from Romanesque (the cloister and Charlemagne tower) to the baroque façade and steps. Its most singular feature is its large Gothic nave (15th-16th centuries) with a width of 23 meters.  One has to climb 86 steps to reach the main entrance of the cathedral.

A uniquely interesting feature of the historic city is the Jewish Quarter which consists of a labyrinth of narrow streets and small placas that have maintained their medieval atmosphere. It is one of the best preserved Jewish quarters in Europe.

A bit of a trip from Barcelona but well worth it! 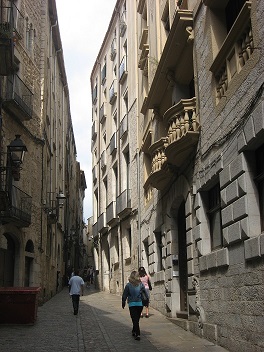