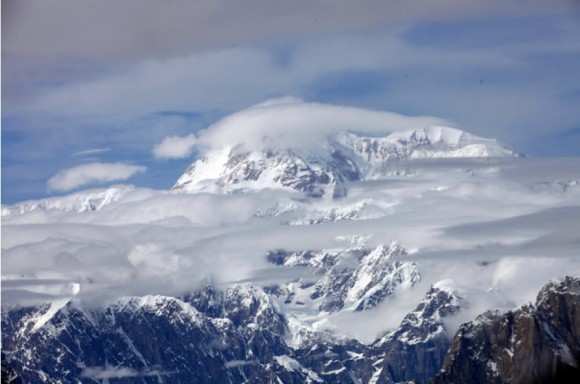 The Obama administration will change the name of North America’s tallest mountain peak from Mount McKinley to Denali, the White House said yesterday, a major symbolic gesture to Alaska Natives on the eve of President Barack Obama’s historic visit to Alaska.

By renaming the peak Denali, an Athabascan word meaning “the high one,” Obama waded into a sensitive and decades-old conflict between residents of Alaska and Ohio. Alaskans have informally called the mountain Denali for years, but the federal government recognizes its name invoking the 25th president, William McKinley, who was born in Ohio and assassinated early in his second term.

“With our own sense of reverence for this place, we are officially renaming the mountain Denali in recognition of the traditions of Alaska Natives and the strong support of the people of Alaska,” said Interior Secretary Sally Jewell.  As reported in the New York Times:

“President Obama announced on Sunday that Mount McKinley was being renamed Denali, using his executive power to restore an Alaska Native name with deep cultural significance to the tallest mountain in North America.

The move came on the eve of Mr. Obama’s trip to Alaska, where he will spend three days promoting aggressive action to combat climate change, and is part of a series of steps he will make there meant to address the concerns of Alaska Native tribes.

It is the latest bid by the president to fulfill his 2008 campaign promise to improve relations between the federal government and the nation’s Native American tribes, an important political constituency that has a long history of grievances against the government.

Denali’s name has long been seen as one such slight, regarded as an example of cultural imperialism in which a Native American name with historical roots was replaced by an American one having little to do with the place.

The central Alaska mountain has officially been called Mount McKinley for almost a century. In announcing that Sally Jewell, the secretary of the interior, had used her power to rename it, Mr. Obama was paying tribute to the state’s Native population, which has referred to the site for generations as Denali, meaning “the high one” or “the great one.”

The peak, at more than 20,000 feet, plays a central role in the creation story of the Koyukon Athabascans, a group that has lived in Alaska for thousands of years.

Mr. Obama, freed from the political constraints of an impending election in the latter half of his second term, was also moving to put to rest a years long fight over the name of the mountain that has pit Alaska against electorally powerful Ohio, the birthplace of President William McKinley, for whom it was christened in 1896.

The government formally recognized the name in 1917, and efforts to reverse the move began in Alaska in 1975. In an awkward compromise struck in 1980, the national park surrounding it was named Denali National Park and Preserve, but the mountain continued to be called Mount McKinley.

Senator Lisa Murkowski, Republican of Alaska, introduced legislation in January to rename the peak, but Ohio lawmakers sought to block the move. In June, an Interior Department official said in testimony before Congress that the administration had “no objection” to Ms. Murkowski’s proposed change.”