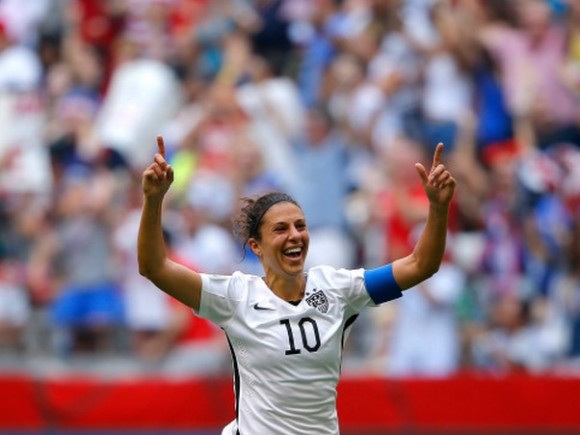 Yesterday, with colleagues Meg Benke and Karen Swan, I watched the U.S. Women’s National Soccer Team win the World Cup in a stunning fashion with a barrage of early goals. At the Yard House here in Denver, it was like watching a super bowl. As reported in The Huffington Post:

“For the first time since 1999, the FIFA Women’s World Cup is back in the hands of the U.S. Women’s National Team, who defeated Japan 5-2 on Sunday before an estimated crowd of 53,341 in Vancouver, Canada.

The U.S. squad set the pace early and continued to dominate throughout what would become the highest scoring final in Women’s World Cup history. The match was hardly a repeat of the 2011 World Cup final, when the U.S. lost to Japan in a penalty shootout, as the U.S. shot out of the gate on Sunday, scoring four goals in the first 16 minutes of play.

“Pure elation. I’m just so, so proud of this team,” head coach Jill Ellis said after the match. “I’m so happy for them, so happy for every little girl who dreams about this,” she added.

This U.S. Team will be an inspiration for many youngsters for years to come.  A great day for women’s sports!