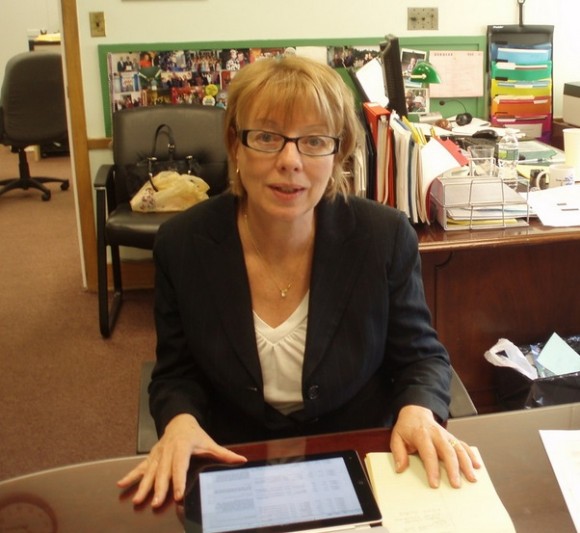 Education Week, the Long Island Herald, and Newsweek have articles reporting that New York State Principal of the Year in 2013, Carol Burris, is resigning in response to new teacher evaluation procedures and the Common Core. As reported:

“Carol Burris, a nationally recognized principal and a vocal opponent of the Common Core State Standards, announced recently that she will be resigning from her position after this school year, citing test-heavy teacher-evaluation processes as a key reason for her departure.

Burris, the principal of South Side High School in Rockville Centre, N.Y., has been recognized by several state and national associations and was named the New York High School Principal of the Year in 2013. Known as a proponent of rigorous curriculum, she’s drawn attention for mandating that nearly all students in her school take advanced classes, including International Baccalaureate courses.

In explaining her decision to resign, Burris said she was morally opposed to New York Governor Andrew Cuomo’s plan to make student test scores count for as much as 50 percent of teachers’ evaluation ratings.

“I did not feel, in good conscience, that I could come back the following year and participate in that evaluation system,” she said, according to a Newsday report.

Provisions to create a new, more rigorous evaluation system were included in New York’s recently passed budget legislation. While Gov. Cuomo had originally proposed making student performance count for half of a teacher’s evaluation, the details of the new system have yet to be fleshed out, though test scores are expected to be a central component.

Though she was once a supporter of the common core, and even co-authored a book on working with the standards in schools, Burris has become an outspoken and oft-cited critic of the framework, arguing that it is unclear, untested, and overly complicated.

Though she is leaving her school position, Burris is not expected to retire from K-12 education scene. She said she plans to devote more of her time to fighting the changes she sees as harmful to education, including the standards and the new teacher-evaluation system. “I think it’s time for me to step outside of the system and advocate for schools full time,” she told LIHerald.com.”