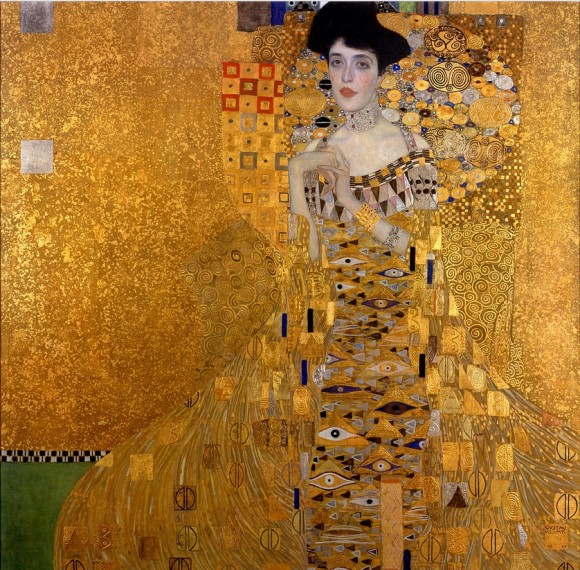 I went to see the film, Woman in Gold, last night starring Helen Mirren and based on a true story of the legal struggle of Maria Altman, an Austrian Jewish émigré who fled Europe after the Nazis marched into Vienna. The title refers to “Adele Bloch-Bauer I,” a celebrated portrait by Gustav Klimt seized by the Nazis and later put on display in the Austrian State Gallery.  Eventually it wound up on display at the Belvedere gallery in Vienna, where it became a national icon — Austria’s own “Mona Lisa,” as the film puts it.  According to Austrian sources, in her will, Adele Bloch-Bauer asked her husband to donate the Klimt paintings to the Austrian State Gallery upon his death. She died in 1925 from meningitis. When the Nazis took over Austria, her widowed husband had to flee to Switzerland. His property, including his Klimt paintings, was confiscated. In his 1945 testament, Bloch-Bauer designated his nephew and nieces, including Maria Altmann, as the inheritors of his estate.

In 2000, Maria Altmann sued Austria in US Court for ownership of Adele Bloch-Bauer I and other paintings from her uncle’s collection. As Bloch-Bauer’s pictures had remained in Austria, the Austrian government took the position that the testament of Adele Bloch-Bauer had determined that these pictures were to stay there. After a court battle, binding arbitration by a panel of Austrian judges established in 2006 that Maria Altmann was the rightful owner of this and four other paintings by Klimt.

In June 2006 the work was sold for US$135 million to Ronald Lauder for the Neue Galerie in New York City, at the time a record price for a painting. It has been on display at the Neue Galerie since July 2006.

I found it to be a very well-done film although the New York Times review was not that enthusiastic.  The scenes of Vienna past and present were particularly well-done and Helen Mirren is a fabulous actress.