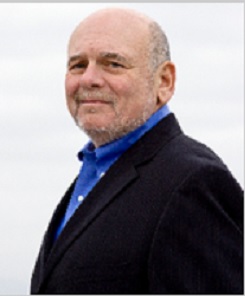 Norman H. Nie passed away on April 2, 2015.  Dr. Nie was a political scientist who was the major initiator of the development of SPSS (Statistical Package for the Social Sciences).  He was on the faculty of the University of Chicago for most of his career.  As a student in the late 1960s, SPSS was a godsend for me and many others willing to take the plunge into computer software to do statistical analysis. In addition, the clarity of the SPSS user manuals (I still have the 1st edition) which he and his colleagues wrote, were a breadth of fresh air.  I must confess that I learned most of my statistics from using his materials. I continue to teach research methods in the Ph.D. Program in Urban Education at the CUNY Graduate Center and I never fail to mention my gratitude to Dr. Nie and his colleagues.

Below is Dr. Nye’s obituary as it appeared today in the Idaho Mountain Express

Norman H. Nie passed away peacefully surrounded by family and friends at his home in Sun Valley, Idaho, on April 2, 2015.

Norman H. Nie passed away peacefully surrounded by family and friends at his home in Sun Valley, Idaho, on April 2, 2015. He was 72 years old.

He is survived by his wife of 51 years, Carol P. Nie; daughters Anne Nie and Lara Slotwiner-Nie; son-in-law Peter Slotwiner-Nie; and granddaughters Sophia Slotwiner-Nie and Helena Slotwiner-Nie. In addition to his beloved family, Nie leaves a legacy of pioneering innovation as an academic social scientist and technology entrepreneur. He was a professor of Political Science and chair of his department at the University of Chicago until his retirement in 1998, and then subsequently at Stanford University, his alma mater. Nie met his wife Carol during their college years at Washington University in St. Louis.

While completing his Ph.D. at Stanford, he collaborated to invent a computer software package to automate the analysis of quantitative data, SPSS. He was the CEO of SPSS between 1975 and 1992 and continued as chairman of the board. Nie was honored as the KPMG Technology Entrepreneur in 1986. Throughout his tenure at SPSS, he simultaneously produced academic research in U.S. political behavior and public opinion.

Nie authored many articles and award-winning books and was a nationally recognized expert on voting behavior. In 2006, he was awarded a lifetime achievement award from the American Association of Public Opinion Researchers, and three years later he was elected as a fellow of the American Academy of Arts and Sciences. His scholarly books were honored with the Woodrow Wilson Award (two times) and the Gladys M. Kammerer Award from the American Political Science Association. While at Stanford, Nie co-founded the Internet survey research firm Knowledge Networks, where he was the chairman of the board. He was also the CEO of Revolution Analytics, a commercial software company, and served on the boards of numerous high technology firms.

Nie mentored hundreds of students throughout his career and was often described by colleagues as a force of nature; a man of vast energy and ambition, omnivorous curiosity, deep intellect, immense creativity, and everyday humanity. After work, he could usually be found on the tennis court.

A private burial will be held in St. Louis, and a public memorial is planned for the coming months. In lieu of flowers, his family requests contributions be made to: Hospice and Palliative Care of the Wood River Valley in Ketchum, Idaho.

Arrangements are under the care of Wood River Chapel of Hailey, Idaho. Friends can visitwww.woodriverchapel.com to share a message, photo or story and to light a candle.