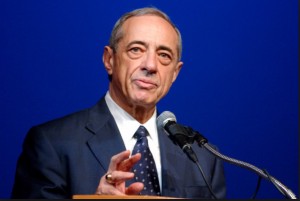 Mario Cuomo, former New York Governor, and father of NY Governor Andrew Cuomo, died yesterday, hours after his son was sworn in for his second term. The New York Times has an obituary on his life and legacy. My own views on Governor Cuomo are mixed.

First, he surely was an inspiring orator who had a way with appealing to people’s feelings when speaking about progressive issues – family, housing, education, employment opportunities.  He was a counter-conscience to President Ronald Reagan who tended always to see and portray America in its most favorable light.

Third, what I like most about Cuomo was his background. As a second-generation Italian American growing up in Queens, he had to struggle to accomplish what he did. Surely there was no silver spoon or family connections that enabled him to achieve the highest elected position in the state. Most people who knew him said it was hard work, family values, and a good education that enabled him to be successful in the competitive world of politics.

For further insights into Mario Cuomo, Elizabeth Kolbert has a fine piece in The New Yorker.

Our condolences to his family and may he rest in peace!