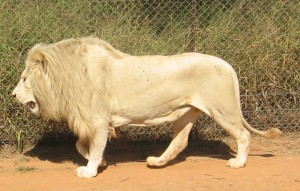 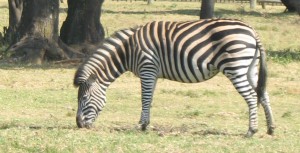 On Sunday, my colleagues Seugnet Blignaut and Verona Leendertz, took me to a lion park.  Originally we were going to West Soweto’s Hector Pieterson Museum dedicated to 12-year-old Hector Pieterson who was shot in 1976 when Soweto high school students took to the streets in a peaceful protest against the mandatory use of Afrikaans as the language of instruction in black secondary schools.  However, this coming Wednesday is Election Day in South Africa and there were a number of large political rallies which resulted in several main roads being closed including the ones we would have taken to get to the Museum.

In the lion park, we took a jitney enclosed in wire to get fairly close-up views of animals.  What I liked best was that we (the humans) were in the cages and the animals were free to roam in their habitats.  We saw zebra, wild dogs, cheetahs, giraffes, and of course, lions.  This particular park is noted for its pride of white lions which are magnificent beasts. The guide made the point that they are not albinos because they have eye pigment and reproduce.  We were particularly lucky because it was feeding time at the park.  A brochure handed out at the entrance gate to the park indicated that it was one of the “top 100 perfect tourist destinations in the world”. 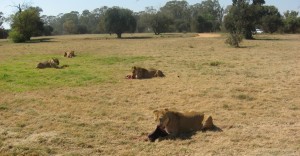 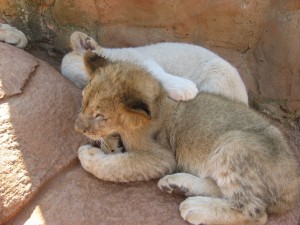 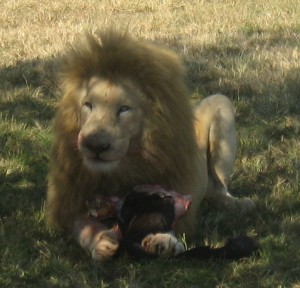