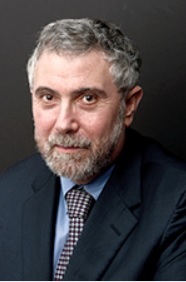 The Nobel Prize winning economist, Paul Krugman,  announced in a blog post yesterday that he’s retiring from Princeton in June 2015 and will join the faculty at the Graduate Center of the City University of New York the following August. He’ll still write his column for the New York Times.

Krugman’s worked at Princeton as a professor of economics and international affairs since 2000 and was quick to note that his decision is not meant as a criticism of the “superb” school.

Krugman at age 61 is just more interested in the lifestyle that New York City can offer.

“In terms of geography, the answer seemed:  New York is the best place to pursue my current interests,” he wrote.

He’s also keen to study income inequality which is a CUNY focus. Krugman will be a distinguished professor at the Graduate Center’s Luxembourg Income Study Center, which conducts research and collects data on income, wealth, employment and other topics from around the world.

“As a public intellectual and one of the most influential economists today, Paul Krugman brings to the Graduate Center a broad perspective that fits perfectly with the LIS Center’s focus on interdisciplinary inquiry,” LIS director Janet Gornick said in a press release announcing Krugman’s appointment. “I am thrilled that he is coming to join our team.”