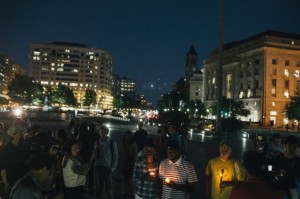 Once again, violence and carnage in the United States is on the front page of major media outlets. Yesterday, a former Navy reservist killed at least 12 people in a mass shooting at a secure military facility that led the authorities to lock down part of Washington, D.C.  in a hunt for two other armed men spotted by video cameras.  By yesterday evening, the federal authorities said they believed the shooting was the act of a lone gunman, identified as Aaron Alexis, 34, who was working for a military subcontractor. Three weapons were found on Mr. Alexis: an AR-15 assault rifle, a shotgun and a semiautomatic pistol, a senior law enforcement officer said. It was unclear whether he had brought all the guns with him, another law enforcement official said, or if he had taken one or more of them from his victims.

Another senseless tragedy brought on in part due to the easy availability of assault weapons! 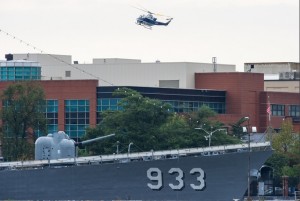 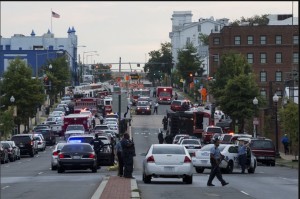