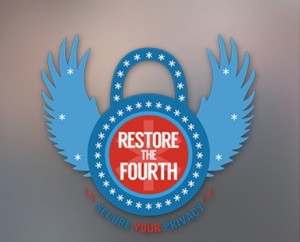 Reddit, Mozilla, WordPress, 4chan and other websites are planning a Fourth of July protest against the National Security Agency over its widespread surveillance of telephone records and Internet traffic through secret programs that came to light last month.

Spearheaded by the Internet Defense League, a 30,000-member group of Internet activists and websites, the Restore The Fourth campaign will have websites promote anti-NSA messages on their homepages along with directing visitors to CallForFreedom.org, where they can donate to help fund television ads against the intelligence programs.

In addition to advising visitors to call members of Congress, Restore The Fourth is coordinating street demonstrations in more than 75 cities, which will include “liberal groups, conservative groups and libertarian groups alike.”