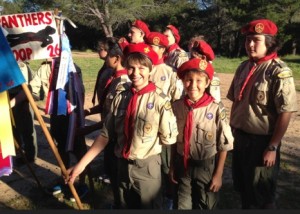 NBC and other news media are reporting that just days after a Maryland-based Cub Scout pack was forced to back down on a non-discriminatory pledge because of a reference to sexual orientation, the Boy Scouts of America (BSA) might be changing its national stance toward the lesbian, gay, bisexual and transgender (LGBT) community.

NBC cites a number of “scouting officials and outsiders familiar with internal discussions” who say a revised BSA policy would not only lift the ban on gay participants from the national youth organization’s rules, but also allow local sponsoring organizations to decide for themselves whether or not to admit gay scouts.

“The chartered organizations that oversee and deliver scouting would accept membership and select leaders consistent with their organization’s mission, principles or religious beliefs,” BSA Director of Public Relations Deron Smith tells the site, adding that individual sponsors and parents “would be able to choose a local unit which best meets the needs of their families.”

Discussions are reportedly nearing their final stages and if approved, the policy change could be announced as early as next week.

Among those to praise the possible change was Gay and Lesbian Alliance Against Defamation (GLAAD) President Herndon Graddick, who noted the shift “will only strengthen its core principles of fairness and respect” in an email statement.

Most interesting and long overdue!