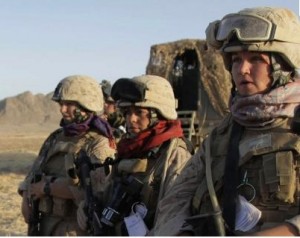 Secretary of Defense Leon Panetta is lifting the military ban on women in combat, allowing them to officially serve on the front lines for the first time in the history of U.S. armed forces.

The policy change, to be announced later today at the Pentagon, “will initiate a process whereby the services will develop plans to implement this decision, which was made by the Secretary of Defense upon the recommendation of the Joint Chiefs of Staff,” a senior Defense Department official said Wednesday in a statement to The Huffington Post.

Rep. Buck McKeon (R-Calif.), chairman of the House Armed Services Committee, lauded the change. “After a decade of critical military service in hostile environments, women have demonstrated a wide range of capabilities in combat operations and we welcome this review,” McKeon said in a statement Wednesday.

The Department of Defense notified members of Congress of the change on Wednesday afternoon.  Following today’s announcement, Congress will have 30 days to weigh in on the decision. The military services will have until May 15 to inform Panetta of implementation plans, and until January 2016 to seek exemptions.