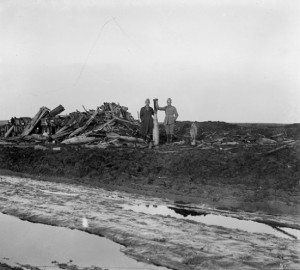 A blogger passionate about historic photography techniques serendipitously found some old photos inside a camera that he bought at an antique store.

Last week, Anton Orlov of the Photo Palace blog was cleaning the Jumelle Belllieni stereoscopic camera (picture below) and found the images completely by accident. According to his blog, he opened the film chamber and saw the negatives on a stack of glass plates.

“While viewing the images in their negative form it was difficult to say for sure what was on each of them, but after scanning them it became clear that they dated back to the First World War and were taken somewhere in France,” Orlov wrote. 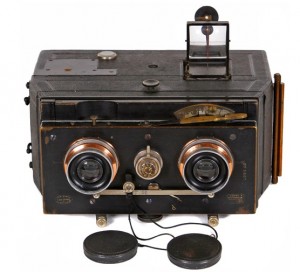