The NY newspapers are filled with stories of Cathie Black’s departure as the schools chancellor.   The bottom line was that she was not up to one of the most demanding jobs in the City.   Mayor Bloomberg rightfully takes the blame for her failure.  He is such an accomplished individual but made the classic mistake three months ago when he would not listen to anybody who questioned her credentials.

The children of the City of New York deserve competence and caring at the helm.   We move on and wish Dennis Walcott, Ms. Black’s successor, the best of luck. 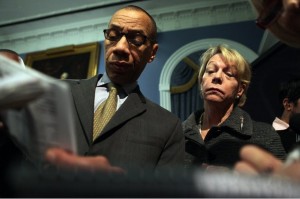