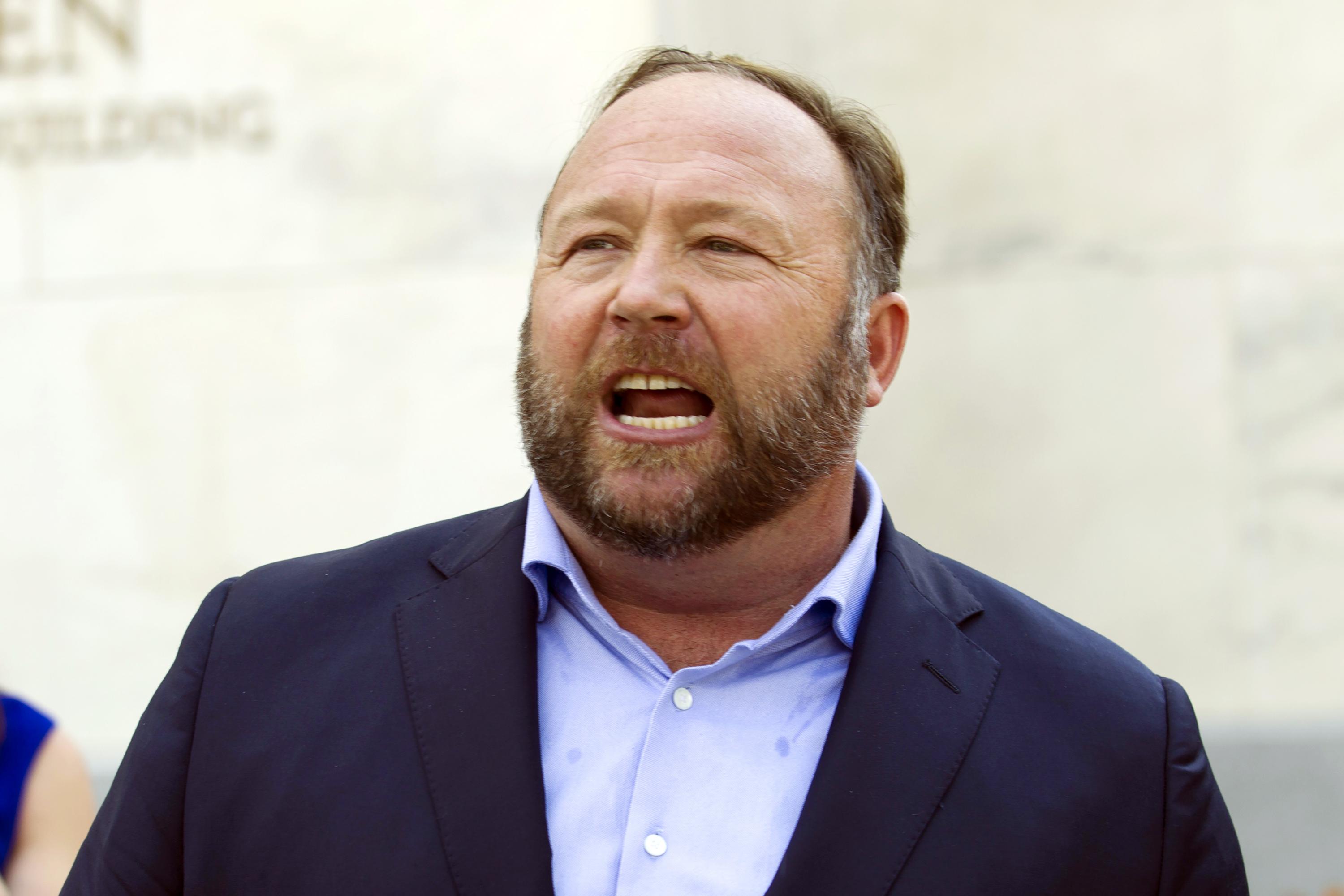 Jurors ordered conspiracy theorist Alex Jones yesterday to pay nearly $1 billion to Sandy Hook Elementary School shooting victims’ relatives, who said he turned their loss and trauma into years of torment by promoting the lie that the rampage was a hoax.

The $965 million verdict is the second big judgment against the Infowars host for spreading the myth that the deadliest school shooting in U.S. history never happened, and that the grieving families seen in news coverage were actors hired as part of a plot to take away people’s guns.

The verdict came in a defamation lawsuit filed by some of the families of 26 people who were killed in the 2012 shooting, plus an FBI agent who was among the first responders. A Texas jury in August awarded nearly $50 million to the parents of another slain child. As reported by the Associated Press.

Robbie Parker, who lost his 6-year-old daughter, Emilie, said outside the Connecticut court that he was proud that “what we were able to accomplish was just to simply tell the truth.”

Jones wasn’t at court but reacted on his Infowars show.

As courtroom video showed the jury awards being read out, Jones said that he himself had never mentioned the plaintiffs’ names.

“All made up. Hilarious,” he said. “So this is what a show trial looks like. I mean, this is the left completely out of control.”

Jones’ lawyer, Norm Pattis, portrayed the trial as unfair and pledged to appeal.

“Today is a very, very, very dark day for freedom of speech,” he said outside court.

The jury awarded various sums to the victims’ relatives, who testified that they were threatened and harassed for years by people who believed the lies told on Jones’ show. Strangers showed up at the families’ homes to record them. People hurled abusive comments on social media.

Mark Barden testified that conspiracy theorists urinated on the grave of his 7-year-old son, Daniel, and threatened to dig up the coffin; Barden and his wife were together awarded about $86 million. Now-retired FBI Agent William Aldenberg, awarded $90 million, described the horror he saw at the school as he responded alongside other law enforcement, and his outrage at seeing online claims that he was an actor.

“I wish that after today, I can just be a daughter grieving my mother and stop worrying about the conspiracy theorists,” Lafferty said outside court. But she predicted that Jones’ “hate, lies and conspiracy theories will follow both me and my family through the rest of our days.”

To plaintiff William Sherlach, the verdict “shows that the internet is not the wild, wild West, and that your actions have consequences.”

He had testified about seeing online posts that falsely posited that the shooting was a hoax; that his slain wife, school psychologist Mary Sherlach, never existed; that he was part of a financial cabal and somehow involved with the school shooter’s father; and more. He told jurors the shooting deniers’ vitriol made him worry for his family’s safety.

“Going forward — because, unfortunately, there will be other horrific events like this — people like Alex Jones will have to rethink what they say,” Sherlach said.

Testifying during the trial, Jones acknowledged he had been wrong about Sandy Hook. The shooting was real, he said. But in the courtroom and on his show, he was defiant.

He called the proceedings a “kangaroo court,” mocked the judge, called the plaintiffs’ lawyer an ambulance chaser and labeled the case an affront to free speech rights. He claimed it was a conspiracy by Democrats and the media to silence him and put him out of business.

Twenty children and six adults died in the shooting on Dec. 14, 2012; relatives of five children and three educators sued in Connecticut. The trial was held at a courthouse in Waterbury, about 20 miles (32 kilometers) from Newtown, where the attack took place.

The lawsuit accused Jones and Infowars’ parent company, Free Speech Systems, of using the mass killing to build his audience and make millions of dollars. Experts testified that Jones’ audience swelled, as did his revenue from product sales, when he made Sandy Hook a topic on the show.

In both the Texas and Connecticut lawsuits, judges found the company liable for damages by default after Jones failed to cooperate with court rules on sharing evidence, including failing to turn over records that might have showed whether Infowars had profited from knowingly spreading misinformation about mass killings.

Because he was already found liable, Jones was barred from mentioning free speech rights and other topics during his testimony.

Jones now faces a third trial, in Texas, in a lawsuit filed by the parents of another child killed in the shooting.

It is unclear how much of the verdicts Jones can afford to pay. During the trial in Texas, he testified he couldn’t afford any judgment over $2 million, and his lawyers plan to appeal and try to reduce the damages there. Free Speech Systems has filed for bankruptcy protection.

But an economist testified in the Texas proceeding that Jones and his company were worth as much as $270 million.

A lawyer for the families in the Connecticut case, Josh Koskoff, said that “if this verdict shuts down Alex Jones, good.”

“He’s been walking in the shadow of death to try to profit on the backs of people who have just been devastated,” Koskoff said. “That is not a business model that should be sustainable in the United States.”

It took a while and nothing can bring back the victims but hopefully this is a bit of relief for the Sandy Hook families!