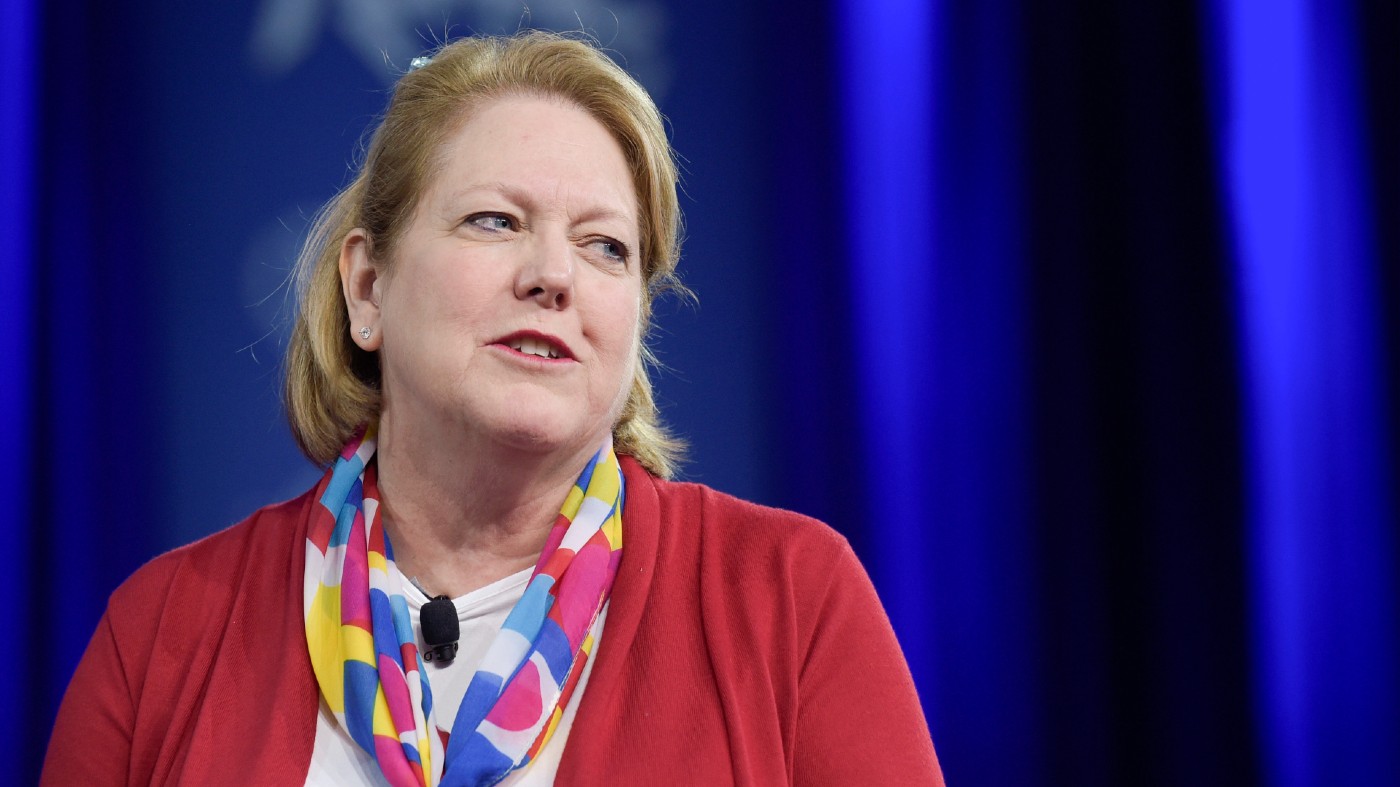 Michelle Cottle, a member of The New York Times editorial board, has an essay today, entitled, “The Eagerness of Ginni Thomas.” Cottle exposes:

…A longtime conservative crusader, Ms. Thomas increasingly appears to have been chin deep in the push to keep Donald Trump in power by any means necessary. Her insurrection-tinged activities included hectoring everyone from state lawmakers to the White House chief of staff to contest the results. She also swapped emails with John Eastman, the legal brains behind a baroque plot to have Vice President Mike Pence overturn the election that may have crossed the line from sketchy into straight-up illegal. Along the way, Ms. Thomas peddled a cornucopia of batty conspiracy theories, including QAnon gibberish about watermarked ballots in Arizona.

Even by the standards of the Trumpified Republican Party, this is a shameful turn of events.”

Cottle goes on to describe Ginni Thomas as someone who has used her husband’s position on the U.S. Supreme Court to give her access to influential people in Washington, D.C.

I found it excellent analysis.

“The Eagerness of Ginni Thomas”

Ginni Thomas has become a problem.

You don’t have to be a left-wing, anti-Trump minion of the deep state to think it’s a bad look for American democracy to have the wife of a Supreme Court justice implicated in a multitentacled scheme to overturn a free and fair presidential election. But that is where this political moment finds us.

A longtime conservative crusader, Ms. Thomas increasingly appears to have been chin deep in the push to keep Donald Trump in power by any means necessary. Her insurrection-tinged activities included hectoring everyone from state lawmakers to the White House chief of staff to contest the results. She also swapped emails with John Eastman, the legal brains behind a baroque plot to have Vice President Mike Pence overturn the election that may have crossed the line from sketchy into straight-up illegal. Along the way, Ms. Thomas peddled a cornucopia of batty conspiracy theories, including QAnon gibberish about watermarked ballots in Arizona.

Even by the standards of the Trumpified Republican Party, this is a shameful turn of events. And after extended negotiations, Ms. Thomas has finally agreed to voluntarily testify soon before the Jan. 6 House committee. Her lawyer has declared her “eager” to “clear up any misconceptions about her work relating to the 2020 election.”

No doubt we’re all looking forward to her clarifications. But many people would be even more eager to have a bigger question addressed: How is it that someone with such evident contempt for democracy, not to mention a shaky grip on reality, has run amok for so long at the highest levels of politics and government?

The most obvious answer is that Ms. Thomas is married to a very important man. And Washington is a town that has long had to contend, and generally make peace, with the embarrassing or controversial spouses and close kin of its top power players (Martha Mitchell, Billy Carter, Ivanka and Jared…).

But even within this context, Ms. Thomas has distinguished herself with the aggressiveness and shamelessness of her political activities, which she pursues with total disregard for the conflicts of interest that they appear to pose with her husband’s role as an unbiased, dispassionate interpreter of the law.

In another era, this might have prompted more pushback, for any number of reasons. But Ms. Thomas has benefited from a couple of cultural and political shifts that she has shrewdly exploited. One touches on the evolving role of power couples and political spouses. The other, more disturbing, is the descent of the Republican Party down the grievance-driven, conspiracy-minded, detached-from-reality rabbit hole.

If most of America has come around to two-income households, Washington is overrun with bona fide power couples and has fashioned its own set of rules, official and unofficial, for dealing with them. Among these: It is bad form to suggest that a spouse should defer to his or her partner’s career, other than when explicitly required, of course. (A notable exception is the presidency, in which case the first lady is in many ways treated as if it were still 1960.) Though plenty of folks discuss it sotto voce, publicly musing that a couple’s work life might bleed into their home life is considered insulting — even sexist, if the spouse being scrutinized is a woman.

The Thomases have been playing this card for years. Ms. Thomas has forged all sorts of ties with individuals and groups with interests before her husband and his colleagues. In the chaotic aftermath of the 2000 presidential election, she was helping the conservative Heritage Foundation identify appointees for a new Republican administration, even as her husband was deliberating over the outcome of the race. When people grumble about perceived conflicts — or Ms. Thomas’s perpetual political crusading in general — the couple and their defenders complain that they are being held to different standards from others. They are adamant that of course the Thomases can stay in their respective lanes.

With a slightly different spin of the wheel, Ms. Thomas might have wound up a public figure in her own right, out picking fights and spreading chaos in the mold of Representatives Marjorie Taylor Greene and Lauren Boebert. Back in 1986, as a young lawyer fighting against policies like maternity leave and comparable worth, she was named one of “28 young women of promise” by Good Housekeeping. At the time, she expressed a desire to run for Congress. But the next year she married Clarence, and his subsequent appointment to the Supreme Court scrambled her trajectory. “I’m kind of stuck here,” she told The Wall Street Journal in 1997, when asked about her youthful congressional dreams.

Instead, Ms. Thomas has for decades operated in a kind of gray zone: Her professional identity and influence are not wholly defined by her husband, but they are inextricably bound up in his importance. She has endeavored to make the most of a tricky situation. And without question, she has been helped by — and she has capitalized on — the shift in her party toward its right wing. For Ginni Thomas could not be Ginni Thomas without the mainstreaming of conspiracy culture and heavy-duty grievancemongering in the G.O.P.

Ms. Thomas has long been one to get swept up in the passion of causes and movements. In her early years in Washington, she joined the Lifespring self-help craze, which many people criticized as a cult. She eventually extracted herself from the group and went on to become an anti-cult activist.

During the Obama era, she threw herself into the Tea Party revolution with gusto, cultivating connections and credibility with the party’s angry populist wing. When Mr. Trump came to power, she threw herself even harder into the MAGAverse — which is more a cult of personality than a political movement.

Ms. Thomas goes in for sharp-edge partisanship and evil-libs-are-destroying-America demagogy. Finding so many like-minded warriors in Mr. Trump’s Republican Party freed her up to really let her freak flag fly.

During his presidency, she would approach administration officials about people she thought should be fired or hired. She would occasionally pop in to visit with Mr. Trump at the White House. For one formal sit-down, she brought along a bunch of her conservative allies for what inexplicably morphed into part gripe fest — with attacks on everyone from transgender people to Republican congressional leaders to members of Mr. Trump’s administration — and part quasi-prayer session.

Much like Mr. Trump, she took to social media with a vengeance, pushing out lib-bashing memes and other partisan red meat. Her efforts to meddle in the 2020 election were merely the high point — or, rather, low point — in a long and tireless career of crusading.

Not that Ms. Thomas’s work is finished. The MAGAfied Republican Party is one in which her most outrageous views and behavior are ever more at home. This does not seem to trouble her extremely powerful husband or much of her party — at least not enough for anyone to seriously consider holding her accountable. Given all this, the most disturbing question we really should be looking to clarify may be: What on earth will she get up to next?