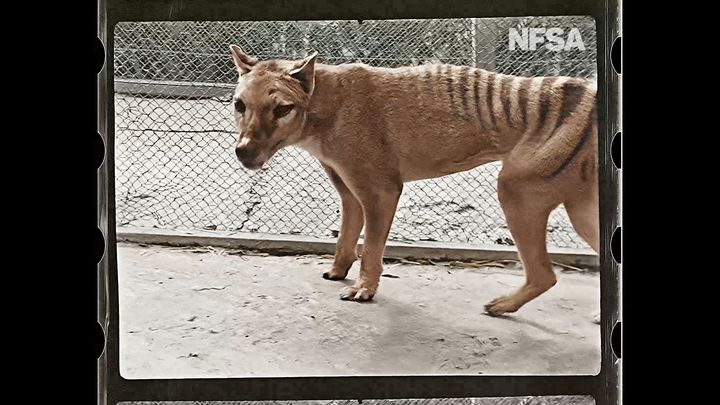 Scientists at the University of Melbourne said Tuesday that they hope to see the extinct Tasmania tiger, or thylacine, roaming the wildness again and have partnered with Colossal Biosciences, a Texas company at the forefront of what’s known as the “de-extinction” movement. The announcement comes after a $5 million gift to help the effort earlier this year.

Professor Andrew Pask, who leads the university’s Thylacine Integrated Genetic Restoration Research, or TIGRR, lab has been working for 15 years to bring the thylacine back to life. His lab has already assembled the first complete genome for the creature using animals preserved in alcohol.

Researchers hope to use DNA editing technology from Colossal to effectively turn cells from a living species — the fat-tailed dunnart — into “thylacine”-like cells matching the creature’s genome. Those cells would be transferred into an embryo and then into an artificial womb or a surrogate creature.

Pask and his team ultimately hope to see thylacines roaming Tasmania, although any animals created in the process would first be introduced in controlled areas.

“The Tasmanian tiger is iconic in Australian culture,” he said in a statement. “We’re excited to be part of this team in bringing back this unique, cornerstone species that mankind previously eradicated from the planet.”

Pask said the effort wouldn’t just benefit the extinct Tasmanian tiger but would also reinvigorate science to save other Australian creatures at risk.

“We can now take the giant leaps to conserve Australia’s threatened marsupials and take on the grand challenge of de-extincting animals we had lost,” he said in a statement. “With this partnership, I now believe that in ten years’ time we could have our first living baby thylacine since they were hunted to extinction close to a century ago.”

Colossal said last September that they would work to resurrect the woolly mammoth, hoping to see thousands eventually roam the Siberian tundra. The announcement, which was bolstered by about $15 million in funding, prompted deep skepticism among other researchers as well as questions about the ethics of bringing back an animal humans know little about.

Researchers say the effort to de-extinct the thylacine should be easier than that of a woolly mammoth as the marsupials are smaller and have a much shorter gestation period.

An Australian film archive released colorized footage of the last known Tasmanian tiger in September 2021, 85 years after the species went extinct. The video shows a thylacine named Benjamin in Hobart, Tasmania, in 1933. The animal died three years later, and the species was declared extinct.

Rumors of thylacine sightings have spread around Australia for decades. The animal, described as a cross between a cat, fox and wolf, is a marsupial, meaning they had pouches to carry their young, like kangaroos and wallabies.

They were the largest carnivorous marsupials on the planet until their extinction.

Good luck to those involved with this project!