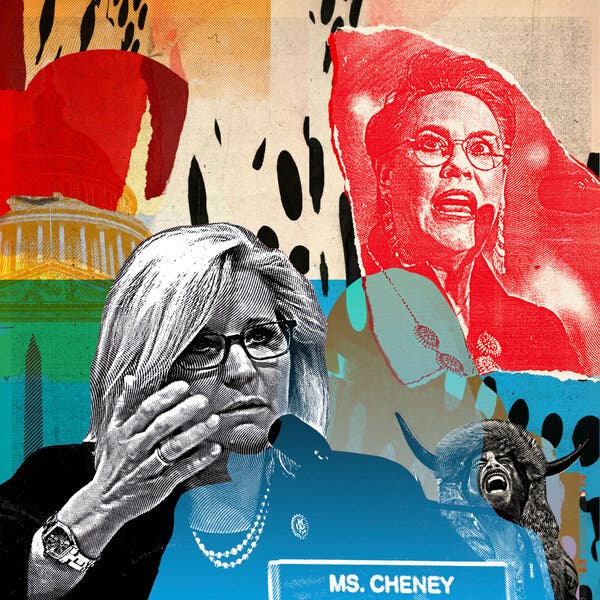 Over the weekend, The New York Times published a guest essay written by Susan Stubson, a Republican from Wyoming, analyzing Lis Cheney’s chances of winning the Congressional primary. Cheney’s opponent is Harriet Hageman, who is being heavily supported by Donald Trump.  Seventy percent of Wyoming voters chose Mr. Trump in 2020, his highest share in any state. He has been good for Wyoming. Stubson writes that:  “We benefited handsomely from Trump’s administration’s energy policies. The mining industry is our lifeblood. It signs our paychecks; it funds our schools and paves our streets. There’s a joke that Wyoming is a two-party system: red and reddest, no Democrats allowed. Here, the primary is dispositive, and given that Mr. Trump has endorsed Ms. Cheney’s primary challenger, Harriet Hageman, it is a short leap across a dry bed to assume Ms. Cheney is toast.”  However, Stubson also suggests that the nuance of Wynmoing politics might just give Cheny a chance at winning the primary.

“But our state’s politics are more nuanced than Mr. Trump’s margins of victory suggest. Here, relationships and results matter. Ms. Cheney might hold onto her seat if she’s able to cobble together a coalition of forgotten moderates and crossover Democrats in the open primary just large enough to push her across the finish line.

Those quieter moderates — many of whom cannot stomach engaging with the bully extremists who often prominently display guns on their hips during party meetings — view Ms. Cheney as a champion, a courageous renegade who places country over party. The moderates speak less, but they vote.

Moderate voters don’t just matter at the polls — they influence how the state is governed, propping up the big-tent leadership in the Legislature as it holds its finger in the dike of Republican Party extremism.

Ms. Cheney’s campaign is now unabashedly issuing Democrats and unaffiliated voters with step-by-step instructions on how to register as Republicans. It is a squishy electorate Ms. Cheney is banking on, a combination of crossover voters and moderate Republicans appalled by the testimony of the Jan. 6 committee.”

“We Westerners take rugged individualism seriously to the point of codifying a Code of the West. Chief among those principles are “Do what has to be done,” “Be tough, but fair,” and “When you make a promise, keep it.” And it is a personal case Ms. Cheney is making to her electorate: I will never betray the Constitution for my party. Choose me, not Donald Trump.

As a Wyomingite, I’m finding it both gratifying and terrifying to be in this pivotal moment in our country’s history. Ms. Cheney’s hope is that a quiet electorate will overcome the noisy hard-liners by registering its concerns the old-fashioned way: by voting. This may be the defining difference for Liz Cheney.”

Boy I hope she is right.