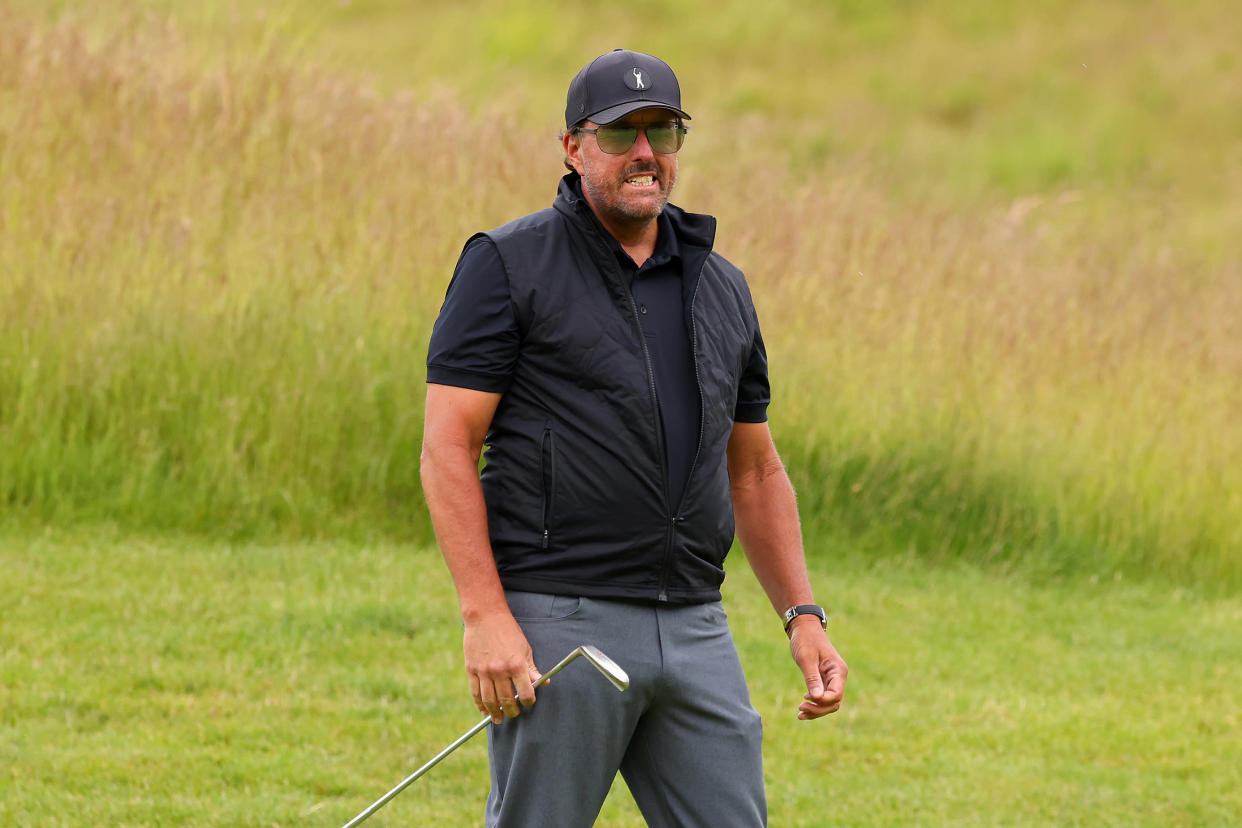 Golf Pro Phil Mickelson at the center of the LIV controversy!

After months of speculation, statements and debate, the Saudi Arabia-backed LIV Golf* tour kicked off its first event in London. It took only about five hours for another LIV-associated controversy to hit.

The controversy centered around veteran golf reporter Alan Shipnuck, whose publishing of a quote from LIV Golf star Phil Mickelson on Saudi Arabia in February triggered a seemingly existential threat to the tour when it was still trying to convince players to defect from the PGA Tour.

Shipnuck had previously released a book excerpt in which he reported Mickelson to have called the Saudis “scary motherf***ers,” acknowledged the murder of reporter Jamal Khashoggi and conceded the country having a “horrible record on human rights.” The quotes laid bare what LIV Golf really was, a way for golfers to leverage the PGA Tour by taking money from a brutal regime trying to burnish its image through sports.

Mickelson did not play competitively again after Shipnuck published the quotes, up until he followed through on his stated intentions and teed off in London on Monday. Shipnuck was on hand for Mickelson’s round and attempted to attend his subsequent news conference.

“Attempted” is the key word in that previous sentence, as Shipnuck tweeted LIV Golf security had unceremoniously ejected him from the Mickelson conference.

The Fire Pit Collective, a media company co-founded by Shipnuck, tweeted video of the controversy hours later while also claiming the guards had twice put their hands on Shipnuck.

Shipnuck then tweeted a screengrab of a text exchange with LIV Golf commissioner Greg Norman, in which he asks the Hall of Famer if he’s aware of what just transpired. Norman said he did not hear about it, which Shipnuck immediately indicated to be false with a picture of Norman watching said conflict.

Shipnuck: Are you aware that I just got muscled out of Phil’s press conference by a couple of your goons? Luckily for you guys I kept my cool and deescalated the situation. Please call me to discuss.

Norman: Did not hear. Thanks for letting me know.

It appears there still might be some hard feelings about Shipnuck’s role in bringing attention to the human rights outrages that Saudi Arabia is spending hundreds of millions of dollars to try to distance itself from. You would think the supposed fault lies more on Mickelson, the actual source of the quotes, but, well, LIV Golf needs Mickelson around a heck of a lot more than Shipnuck.

The whole affair was only part of an eventful first day for LIV Golf. The PGA Tour responded to its opening day by indefinitely banning every golfer involved, an expected escalation in what could be a battle for the control of the sport.

There was also golf played, with Charl Schwartzel leading at 5-under after one round. Mickelson sits tied for seventh at 1-under.

There is trouble in golf world!

*NOTE: LIV is not an acronym but the Roman numeral 54 which is the lowest score you could shoot if you were to birdie every hole on a par-72 course. It is also the number of holes to be played in each event.