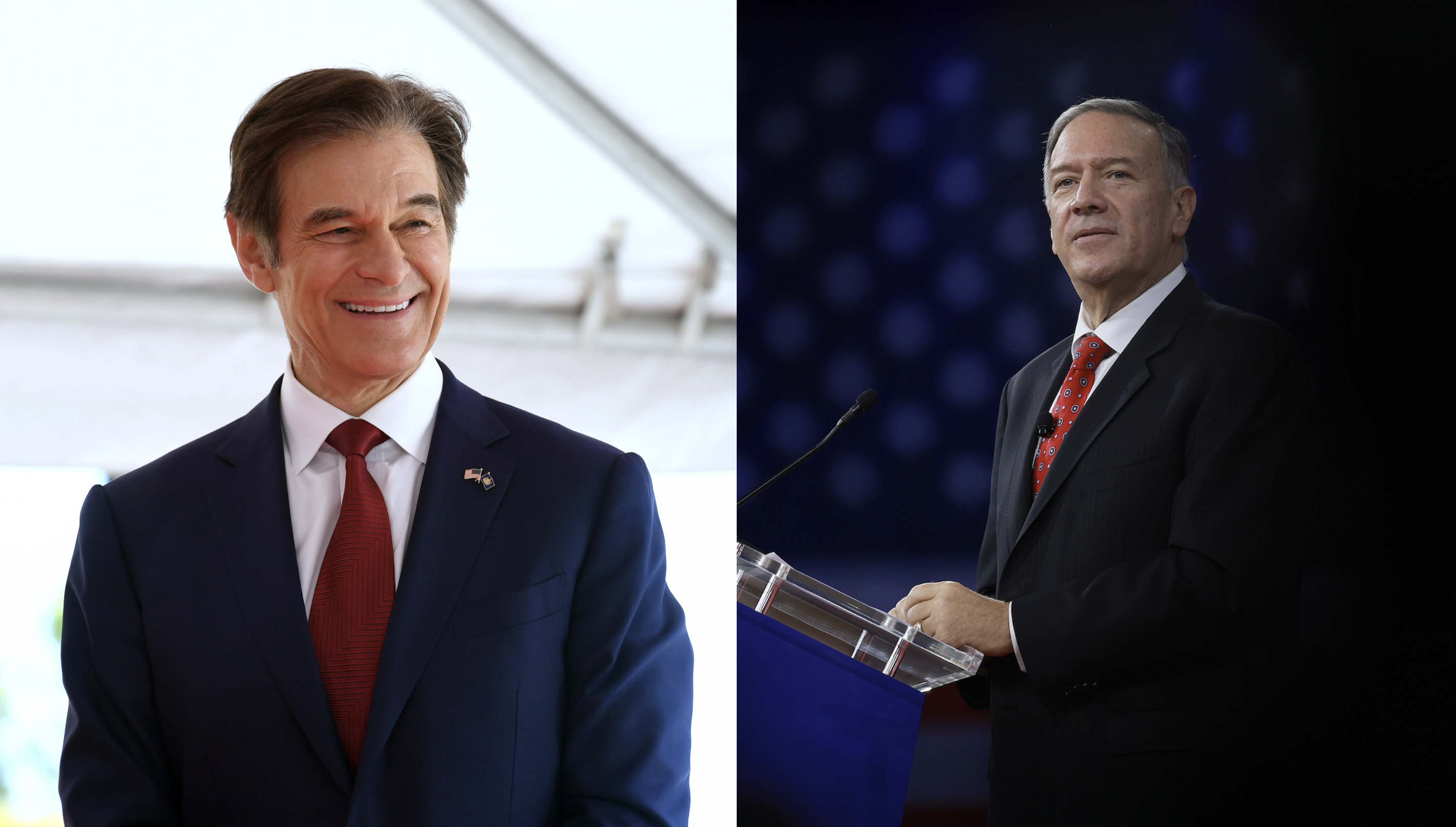 Former Secretary of State Mike Pompeo came out swinging against Pennsylvania GOP Senate candidate Dr. Mehmet Oz yesterday, raising what he described as “national security concerns” about the TV personality, who has been endorsed by Donald Trump.

Pompeo, who served in the Trump administration as CIA director and then the State Department’s top diplomat, endorsed Oz’s opponent, David McCormick, a former hedge fund chief executive officer, in February. Meanwhile, Trump is holding a Pennsylvania rally on Friday to tout his support for Oz ahead of the Republican primary there on May 17.

The heart surgeon, widely known as the host of the daytime “Dr. Oz Show,” was born in Ohio to Turkish immigrant parents and is a dual citizen of the U.S. and Turkey..  He claimed in February that he had never been politically involved in Turkey “in any capacity,” and has said he would renounce his Turkish citizenship if he wins office.

Oz’s campaign spokesperson Brittany Yanick confirmed to ABC News on Wednesday that Oz had, in fact, voted in Turkey’s 2018 election. She denied that it constituted “political involvement,” and said he had voted for the opposition candidate who lost to President Recep Tayyep Erdogan.

Pompeo, who has endorsed Oz’s GOP primary rival Dave McCormick, said on a conference call on yesterday that McCormick hosted with reporters: “We criticize American candidates all the time because they didn’t vote. This is different from that. … he engaged in the Turkish political process. That raises in my mind a lot of judgments about his priority.”

“The people of Pennsylvania and the Americans [Oz] will be representing [in the] Senate, voting on important national security matters, need to understand the scope and depth of his relationship with the Turkish government,” Pompeo said on the call.

For a civilian, voting in another country’s election would set off a “giant, flashing red light” for security concerns, Kel McClanahan, the executive director of the nonprofit public interest law firm National Security Counselors, told ABC.

The Philadelphia Inquirer reported that Oz, a longtime New Jersey resident, had used his in-laws’ address in Pennsylvania to register to vote in the state in 2020, but Oz’s campaign representative insisted he’d moved to Pennsylvania. Politico reports that Oz voted in New Jersey as recently as 2020.

Oz has said he’s retained his Turkish citizenship to care for his sick mother. He served in the Turkish military for 60 days in the 1980s, owns property in Turkey and won a lucrative endorsement contract with Turkish Airlines, which has close ties to Erdogan, according to ABC. Turkey’s authoritarian leader has increasingly become more closely aligned with Russia and Russian interests.

“Any single one of those would be enough to torpedo a [security] clearance,” McClanahan said.

Oz’s campaign called McCormick’s attacks on Oz “pathetic and xenophobic,” but did not mention Pompeo.

If Oz wins the Senate seat and renounces his dual citizenship, he would be following in the footsteps of Sen. Ted Cruz (R-Texas), who was a dual U.S.-Canadian citizen until formally renouncing his Canadian citizenship in 2014.

Interesting issue especially since it was raised by a Trump loyalist!