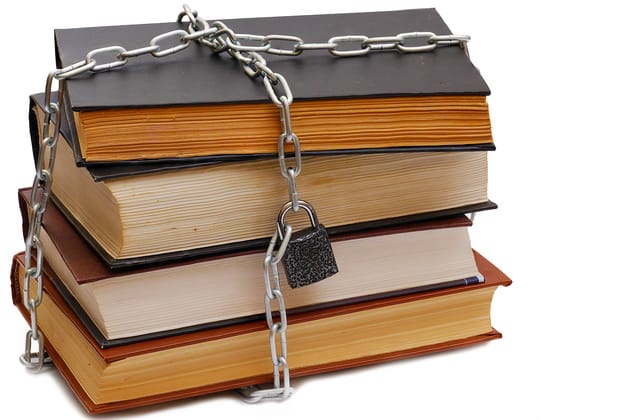 NBC News reported yesterday that school districts in 26 states have banned or opened investigations into more than 1,100 books, according to an April report from PEN America, a literary and free expression advocacy organization that compiled data on such bans from July 2021 to March.

PEN America counted actions that led to the removal or restriction of previously accessible books for at least a day, and found that Florida, Pennsylvania and Texas lead the country in bans. The three states have had more than 1,300 instances of book bans, or 87 percent of the country’s roughly 1,500 banning incidents.

Banned books include “Gender Queer: A Memoir,” a nonbinary author’s autobiography by Maia Kobabe; “The Handmaid’s Tale,” a book by Margaret Atwood where a totalitarian society subjugates women; and “Under My Hijab,” an illustrated children’s book by Hena Khan about women wearing traditional headscarves. Bans also included titles from long-established authors like Toni Morrison, whose books “Beloved” and “The Bluest Eye” were pulled from shelves in Florida, Georgia and Kansas.

According to PEN America, 41 percent of the bans are tied to directives from state officials or elected lawmakers to investigate or remove books. This includes some bannings that resulted from an incident in October in which a Republican state lawmaker in Texas sent a list of 850 books to school districts asking them to investigate “material that might make students feel discomfort, guilt, anguish, or any other form of psychological distress because of their race or sex.”

Certain bans are the result of legislation that bars school curriculums from including diversity and equity topics, such as the study of racism and inequality and themes relating to sexuality and gender identity. A high-profile example was a Florida law signed in March that prohibits classroom instruction about sexual orientation or gender identity in the state’s public schools.

Legislation in Georgia awaiting Gov. Brian Kemp’s signature will give principals the power to remove “obscene” books from schools, while a law passed in Tennessee will require school libraries to determine which books are age appropriate.

Nearly 240 bills were introduced in the first three months of this year targeting LGBTQ issues, outpacing the 191 bills introduced in all of 2021.

Below is a list of the states that have initiated the most bans.