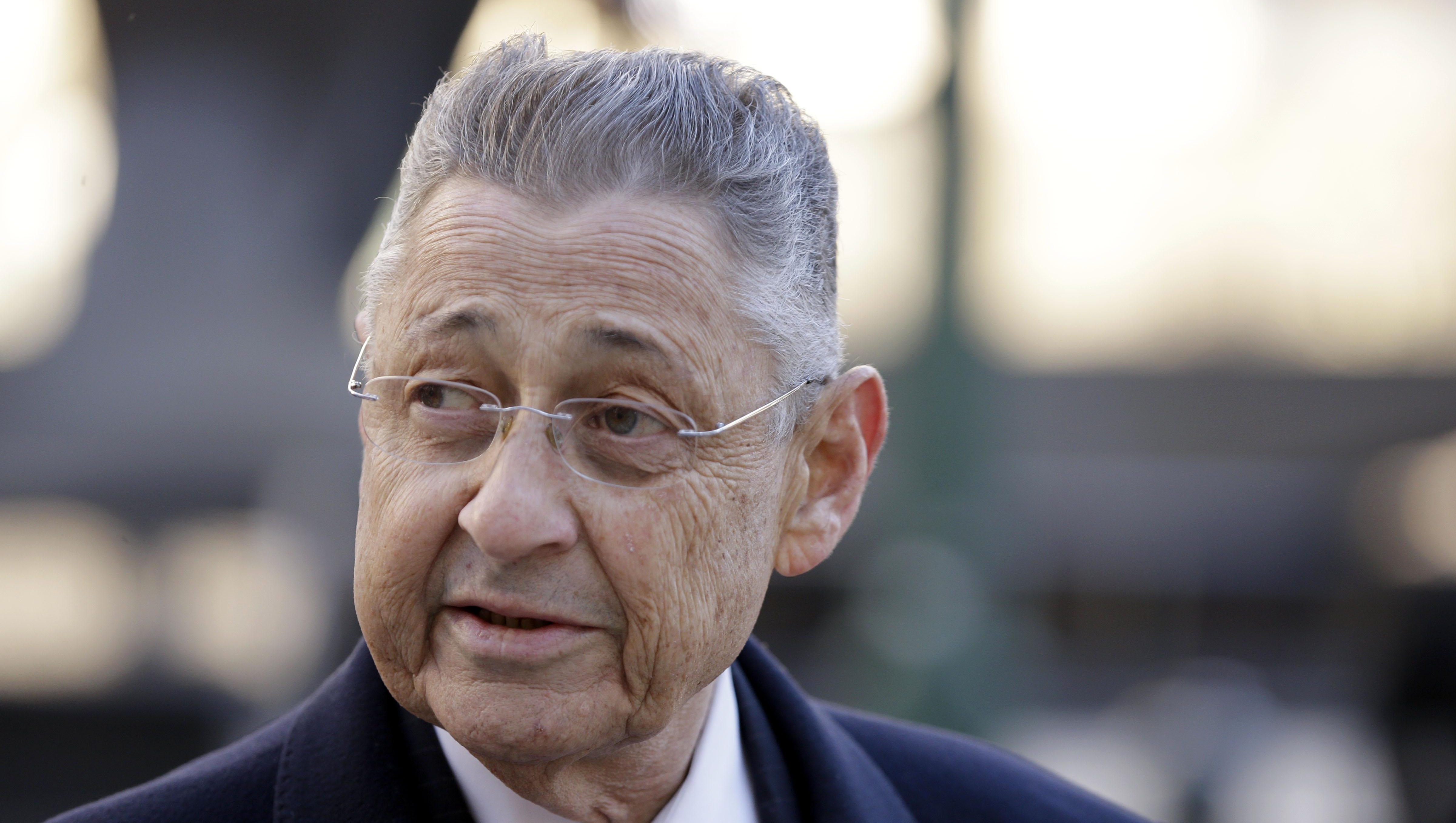 Former New York Assembly Speaker Sheldon Silver, one of the most powerful figures in state government for two decades before his conviction on corruption charges, has died in federal custody. He was 77.

Silver died yesterday, the federal Bureau of Prisons said, adding that the official cause of death would be determined by the medical examiner.  As reported by the Associated Press.

Silver’s supporters had said he was in failing health from multiple medical conditions. He had been serving his sentence at the Federal Medical Center in Devens, Massachusetts, but was in a hospital in nearby Ayer, Massachusetts, at the time of his death, the bureau said.

The Manhattan Democrat, who told a judge he prayed he would not die in prison, was serving a more than six-year sentence for using his clout in state government to benefit real estate developers, who rewarded Silver by referring lucrative business to his law firm.

Silver’s conviction ended a nearly four-decade career in the Assembly. He first won a seat representing Manhattan’s Lower East Side in 1976. Although he cut a low-key figure in the halls of the state Capitol, carefully parsing out comments in a baritone mumble, he was a consummate practitioner of Albany’s inside game.

He became Assembly speaker in 1994, a powerful position that made him one of Albany’s “three men in a room” negotiating annual budgets and major legislation with the governor and state Senate leader.

In all, Silver served as speaker during the tenure of five New York governors, from Mario Cuomo to Andrew Cuomo.

He became known as an inscrutable and stubborn negotiator, blocking proposals so often he was sometimes called “Dr. No.” Some of his obstructionist reputation had to do with being the lone Democrat at the negotiating table during Republican Gov. George Pataki’s three terms, during which time the GOP also controlled the state Senate.

He helped scuttle former New York City Mayor Mike Bloomberg’s plan to locate a football stadium on Manhattan’s West Side. And he took the brunt of the blame for the collapse in 2008 of Bloomberg’s congestion-pricing plan for Manhattan, which would have charged electronic tolls for driving through the borough’s most highly trafficked neighborhoods.

The exasperated mayor put out a press release saying it “takes a special kind of cowardice” not to have lawmakers vote on the plan. Silver said he didn’t have the votes.

He survived an early tenure coup attempt and became adept at horse-trading to secure education funding, tenants rights legislation and other policies favored by Assembly Democrats.

“For more than two decades, he held back a tide of repressive legislation while advancing an agenda that provided equity, justice and opportunity for all,” Democratic Assembly member Kevin Cahill of the Hudson Valley said in a prepared statement.

An Orthodox Jew, Silver was known to observe Sabbath even during the marathon negotiation sessions that preceded annual budget deadlines and the end of legislative sessions.

Over time, he became a symbol of Albany’s much-maligned opaque style of governance and, ultimately, a target of federal prosecutors.

Prosecutors accused Silver of trading his influence for money. In one instance, they argued that Silver persuaded a physician to refer asbestos cancer patients to his law firm so it could seek multimillion-dollar settlements from personal injury lawsuits, a secret arrangement that allowed him to collect about $3 million in referral fees. In return, prosecutors said he directed hundreds of thousands of dollars in state grants to a research center run by the doctor.

Silver’s lawyer argued that his client was entitled to accept payments for outside work.

His original 2015 conviction was tossed out by an appeals court after a U.S. Supreme Court ruling that narrowed the definition of a corrupt act. He was convicted again at a second trial in 2018 tailored slightly to conform to the high court ruling.

But an appeals court ultimately threw out the conviction related to the asbestos cancer patients, citing a faulty instruction to the jury. Prosecutors decided not to retry him on that charge. In the part of his conviction that stuck, the court found that he had supported legislation that benefited real estate developers who were referring tax business to a law firm that employed him.

Silver gave up his leadership position following his arrest in January 2015 and lost his legislative seat upon his first conviction that November.

Silver joined a long list of state lawmakers, including other top leaders, who have been sentenced for crimes including bribery, conspiracy, tax evasion, fraud and racketeering. One of the leaders with whom he shared power during his time as speaker, Republican state Senate Majority Leader Dean Skelos, was convicted of extortion, wire fraud and bribery in a case that moved through the courts at roughly the same time as Silver’s case.

Silver begged for mercy ahead of his sentencing in a letter to the judge.

“I pray I will not die in prison,” Silver wrote, saying he was “broken-hearted” that he damaged the trust people have in government.

Silver was furloughed from prison for several days in May before federal authorities denied him home confinement.

Silver was the youngest of four children of Russian immigrants. His father ran a wholesale hardware store. As an adult, he and his wife had four children and lived in a lower Manhattan apartment blocks from his first home.

He received a bachelor’s degree from Yeshiva University and a law degree from Brooklyn Law School.