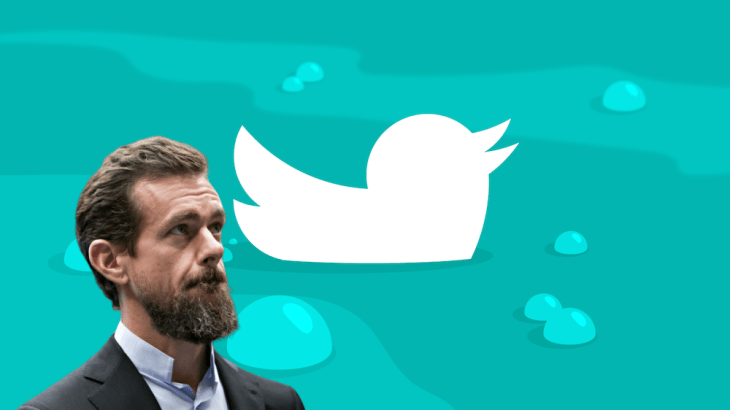 Jack Dorsey yesterday announced his resignation as the chief executive officer of Twitter.  Dorsey, who co-founded the company, offered no specific reasons for his resignation beyond an abstract argument that Twitter, where he’s spent 16 years in various roles, should “break away from its founding and founders.” Dependence on company founders, he wrote, is “severely limiting.”

He will be succeeded by Twitter’s current chief technology officer, Parag Agrawal, seeing him as a safe choice who will usher the company into what’s widely seen as the Internet’s next era — the metaverse. Investors were less sure, sending Twitter’s stock 3% lower.   As reported by the Associated Press.

“Dorsey was the social platform’s first CEO in 2007 until he was forced out the following year, then returned to the role in 2015. He is known for his relaxed demeanor, for his sometimes massive beard that’s the subject of several parody Twitter accounts and for Silicon Valley eccentricities that include dabbling in silent retreats, intermittent fasting, cryptocurrencies and blockchain.

He leaves Twitter at a crossroads. The service changed American politics, journalism and culture.

”But it also, it turns out, had a darker side and has been exploited for years by people who want to harass other people and spread falsehoods about other individuals, about groups of individuals, about the state of democracy,” said Paul Barrett, deputy director at the New York University Stern Center for Business and Human Rights.

In a letter posted on his Twitter account, Dorsey said he was “really sad…yet really happy” about leaving the company and that it was his decision.

Dorsey sent the first tweet on March 21, 2006, that read “just setting up my twttr.” Twitter went through a period of robust growth during its early years, but as its expansion slowed, the San Francisco company began tweaking its format in a bid to make it easier and more engaging to use. While it never rivaled Facebook in size, Twitter became a primary conduit for political discourse and journalism, for better and for worse.

He will remain on the board until his term expires in 2022. Agrawal joined Twitter in 2011 and has been CTO since 2017. Dorsey expressed confidence in Agrawal and new board Chairman Bret Taylor, who is president and chief operating officer of the business software company Salesforce.

Twitter was caught up in the heated political atmosphere leading up to the 2020 election, particularly when it banned former President Donald Trump following his incitement of the Jan. 6 riot at the U.S. Capitol. Dorsey defended the move, saying Trump’s tweets after the event resulted in a risk to public safety and created an “extraordinary and untenable circumstance” for the company.

Critics argued that Twitter took too long to address hate speech, harassment and other harmful activity on its platform, particularly during the presidential campaign.

Publicly, Dorsey has signaled that he understood Twitter’s need to change. In a series of tweets in 2018, he said the company was committed to “collective health, openness, and civility of public conversation, and to hold ourselves publicly accountable towards progress.”

“We have witnessed abuse, harassment, troll armies, manipulation through bots and human-coordination, misinformation campaigns, and increasingly divisive echo chambers. We aren’t proud of how people have taken advantage of our service, or our inability to address it fast enough,” he wrote.

The company adopted more stringent content-moderation standards and other changes, Barrett said. “And that’s all to the good, but it’s not perfect, and it’s nowhere close to perfect.”

Dorsey has faced several distractions as CEO, starting with the fact that he’s also founder and CEO of the payments company Square. Some big investors have questioned whether he could effectively lead both companies.

Since Twitter went public in 2013, its stock has been sluggish. It closed at $41 on its first day of trading eight years ago. On Monday, it ended the day at $45.78. Square has enjoyed far greater financial success with Dorsey at the helm. Its stock, which began trading in 2015 around $13, closed Monday above $212.

Last year, Twitter came to an agreement with two of those activist investors that kept Dorsey in the top job and gave a seat on the company board to Elliott Management Corp., which owned about 4% of Twitter’s stock, and another to the Silver Lake private equity firm.

Agrawal is a ”‘safe’ pick who should be looked upon as favorably by investors,” wrote CFRA Research analyst Angelo Zino, who noted that Elliott had pressured Dorsey to step down. Elliott released a statement Monday saying Agrawal and Taylor were the “right leaders for Twitter at this pivotal moment for the company.”

While Twitter has high-profile users like politicians and celebrities and is a favorite of journalists, its user base lags far behind old rivals Facebook and YouTube and newer ones such as TikTok. It has just over 200 million daily active users, a common industry metric.

Agrawal is far less known than Dorsey. He previously worked at Microsoft, Yahoo and AT&T in research roles. At Twitter, he’s worked on machine learning, revenue and consumer engineering and audience growth. An immigrant from India, he studied at Stanford University and the Indian Institute of Technology in Bombay.

As CEO, he will have to step out from his largely technical background and confront social and political issues, including misinformation, abuse and effects on mental health.

Agrawal got a fast introduction to life as CEO of a company that’s one of the central platforms for political speech. Conservatives quickly unearthed a tweet he sent in 2010 that read “If they are not gonna make a distinction between muslims and extremists, then why should I distinguish between white people and racists.”

“It would be wise for the founding generation to actually give up control on a day-to-day basis of these entities sooner than they tend to do. I think there’s a natural tendency to want to hold on to your baby and guide and shape it,” he said. “But it’s a very different role coming up with the idea in the first place and refining it in its very earliest years and then running it when it becomes something that has hundreds of millions of users.”

Interesting move by an interesting innovator.  He left his mark!