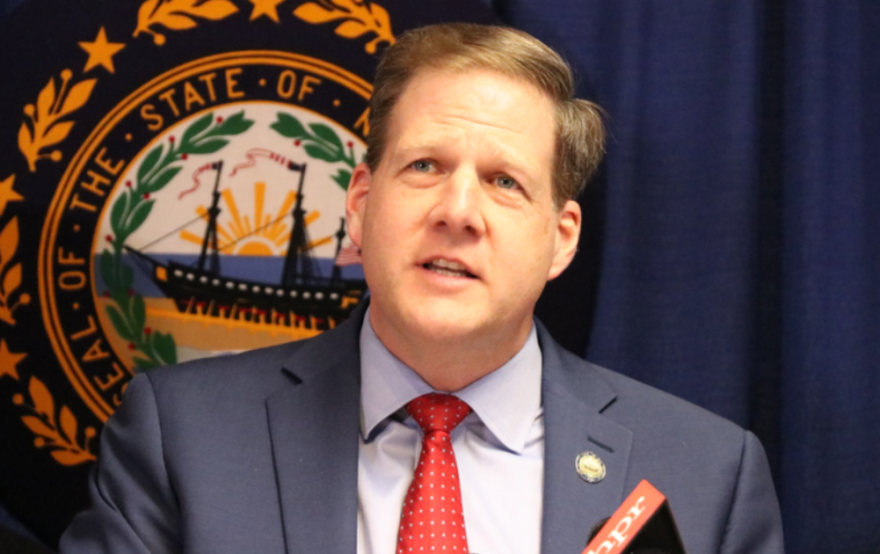 New Hampshire Governor Chris Sununu (R) on Thursday denounced bizarre and false anti-vaccine claims made by members of his own party in the state legislature, saying, “I’ve got a lot on my plate. I don’t need crazy getting in the way.”

Speaking to CNN’s Erin Burnett, Sununu was asked how he pushes the lifesaving coronavirus vaccine when there are elected officials peddling conspiracy theories about them.

Burnett cited comments from state Rep. Al Baldasaro, who said he refused to “play Russian roulette” with his health by getting the COVID-19 vaccine, and state Rep. Ken Weyler, who shared a so-called “vaccine death report” that included claims the vaccine contained tentacled creatures.

“Look, Erin, when crazy comes knocking at the door, you’ve got to slam it shut. That’s all there is to it. I don’t care what party you’re from,” Sununu answered.

He said New Hampshire had been successful at managing the pandemic because his administration relied on transparency and data. The state has fully vaccinated 71% of people older than 12, with 83% having received one dose, according to the New York Times tracker.

“I stood up there in front of the New Hampshire citizens every single day, answering every question we could, showing the data, the trends. And that’s the public trust that has to be built with that transparency,” he said. “So there’s just absolutely no place for the misinformation, the crazy conspiracy theories, all that kind of nonsense.”

He said he would continue to push back on misinformation “every time because we still have a big job to do.”

“COVID is going to get worse as we hit this fall and now winter surge, there’s no doubt about it. We need folks to get vaccinated, we need them to get their boosters, we need to make testing available. I’ve got a lot on my plate. I don’t need crazy getting in the way.”

Earlier in the segment, Sununu discussed his opposition to President Joe Biden’s vaccine mandates for workplaces.

He plans to join other states in taking legal action against federal vaccine mandates and has described them as government overreach.

However, he disagreed with GOP counterparts in other states, most notably Florida Gov. Ron DeSantis and Texas Gov. Greg Abbott, who have worked to prohibit businesses from enacting vaccine and mask mandates.

“I think some other governors are kind of getting caught up in the moment,” Sununu said.

Sununu needs to get more of the crazies on board with vaccines!