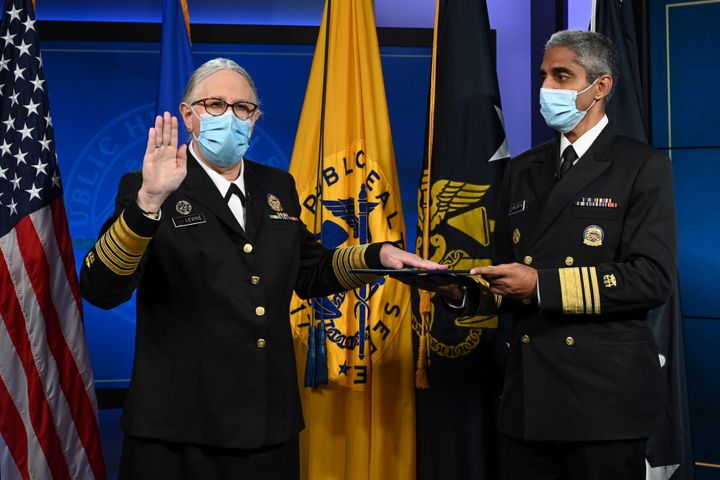 Levine was appointed to full admiral on Tuesday and sworn in as the first-ever female four-star admiral to oversee the U.S. Public Health Service Commissioned Corps. She is also now the first openly transgender four-star officer across any of the eight uniformed services.

Levine, who will lead 6,000 Public Health Service officers, became the first openly transgender federal official confirmed by the Senate back in March when she was appointed as assistant secretary in the Department of Health and Human Services. Prior to this, she served as Pennsylvania’s secretary of health and as a pediatrician.

Levine, speaking at her swearing-in ceremony on Tuesday, called her appointment “an extraordinary honor and profound responsibility” and vowed to help the nation “continue to move the bar forward for diversity.”

“May this appointment today be the first of many more to come as we create a diverse and more inclusive future,” she said.

“This is a proud moment for us at HHS. Admiral Levine — a highly accomplished pediatrician who helps drive our agency’s agenda to boost health access and equity and to strengthen behavioral health — is a cherished and critical partner in our work to build a healthier America,” he said in a statement.