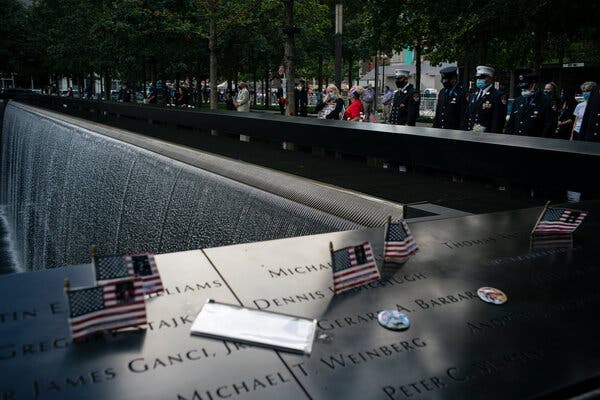 Making good on a campaign promise, President Biden directed Attorney General Merrick B. Garland, the Justice Department and other federal agencies on Friday to oversee the review and declassification of documents related to the F.B.I.’s investigation into the Sept. 11, 2001, attacks. As reported by The New York Times.

“When I ran for president, I made a commitment to ensuring transparency regarding the declassification of documents on the Sept. 11, 2001, terrorist attacks on America,” Mr. Biden said in a statement released yesterday. “We must never forget the enduring pain of the families and loved ones of the 2,977 innocent people who were killed during the worst terrorist attack on America in our history.”

For years, families of the victims of the Sept. 11 attacks have pushed the federal government to reveal more information about any Saudi involvement in financing the attacks.

In 2019, William P. Barr, then the attorney general under President Donald J. Trump, declared in a statement to a federal court that documents related to the attacks should stay classified to protect national security. The move stunned the families.

As a candidate, Mr. Biden pledged last year to “err on the side of disclosure in cases where, as here, the events in question occurred two decades or longer ago.”

It is not clear what documents the Justice Department will release when its review is complete. But the announcement was immediately hailed by some family members who have escalated pressure on Mr. Biden to act.

Last month, a group of close to 1,800 people affected by the attack, including survivors, emergency medical workers and family members of victims, told the president to skip the memorial event this year at ground zero if he did not start the process of reviewing the documents for possible declassification and release.

“We are thrilled to see the president forcing the release of more evidence about Saudi connections to the 9/11 attacks,” Terry Strada, whose husband, Tom Strada, was killed in the World Trade Center, said in a statement on Friday. “We have been fighting the F.B.I. and intelligence community for too long, but this looks like a true turning point.”

Some family members think that the documents could detail connections between the Saudi government and the hijackers who carried out the attacks.

The 9/11 Commission, which released its final report in 2004, found “no evidence that the Saudi government as an institution or senior Saudi officials individually funded” Al Qaeda, which carried out the attacks. But that phrasing left some to speculate that there might be evidence of involvement by other, lower-ranking officials.