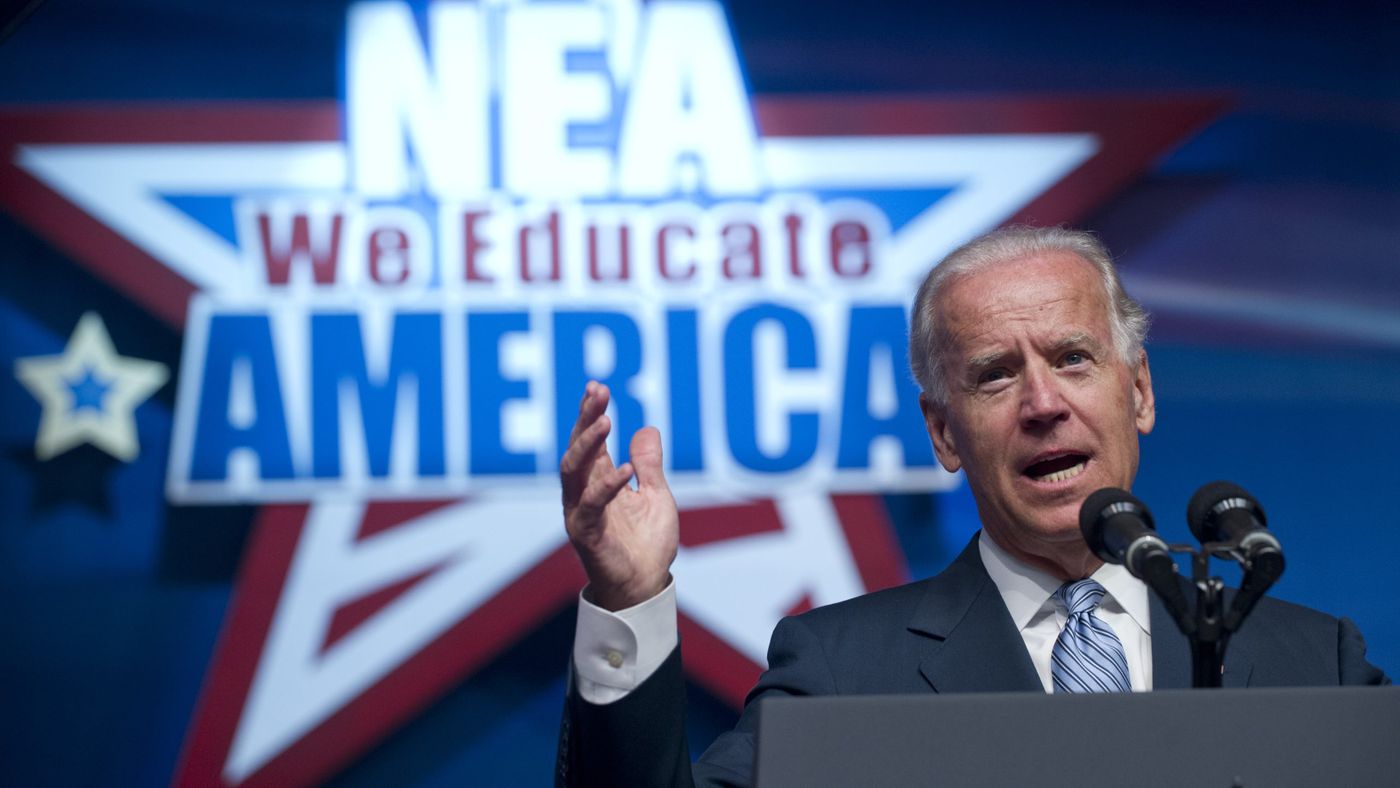 Speaking at the National Education Association, President Joe Biden said yesterday that the pandemic has given America’s parents the “ultimate education” on the challenges of the teaching profession. But even more, he said, the last year has proved that teachers across the U.S. deserve higher pay.

“You deserve a raise, not just praise,” Biden said in remarks at the NEA’s annual meeting in Washington. “Every parent in this country who spent the last year educating their children at home understands that you deserve a raise.”  As reported by the Associated Press.

Biden made the case while selling his proposed legislative priorities and budget for next year, which includes $20 billion in new funding that aims to spur states to increase teacher pay. A close ally of teachers unions, the president went on to describe educators as “the single most important component of America’s future.”

After a year in which some teachers unions were villainized for slowing the return to the classroom, the president and his wife had nothing but praise. Jill Biden called teachers heroes who adapted overnight to support students and families.

“You spoke out for safely reopening schools and more student support,” she said. “You carried families through the darkest year in modern history with patience, compassion and care. And you did it all while you worried about your own families’ health and education and safety.”

The president mostly used the speech to push his proposals. He made the case for the bipartisan infrastructure deal, including its plan to improve broadband access. He said the problem was laid bare last year as many children struggled to access remote classes offered by their schools.

He promoted his American Families Plan, which would offer two years of free community college to all Americans, along with two years of preschool for all 3- and 4-year-old children. And he pitched further investments for teachers, including a proposal to double the amount of a federal grant for aspiring teachers and to boost career training for current teachers.

Both of the nation’s major teachers unions endorsed Biden as a presidential candidate, and he has kept close ties with them since his election. While introducing Biden, NEA President Becky Pringle applauded Biden for nominating Miguel Cardona, a former teacher and principal, to lead the Education Department.

Some Republicans have accused Biden of being too close to the powerful unions, saying he should have taken stronger action to press teachers to return to in-person instruction. And some said his goal to have most elementary and middle schools reopened within 100 days — a goal he achieved in May — was not ambitious enough.

Biden addressed the union days before a July Fourth holiday that he said should be celebrated as a “summer of freedom” as the nation recovers from the coronavirus. He drew attention to a recent survey by the teachers union finding that 84% of its members had been vaccinated. But he also looked forward to challenges as schools work to recover from the pandemic.

“On Sunday we’ll celebrate our independence as a nation, as well as our progress against the virus,” he said. “In the days ahead, we have a chance to make another beginning, the beginning of a stronger, fairer education system. But it can’t be done without you.”