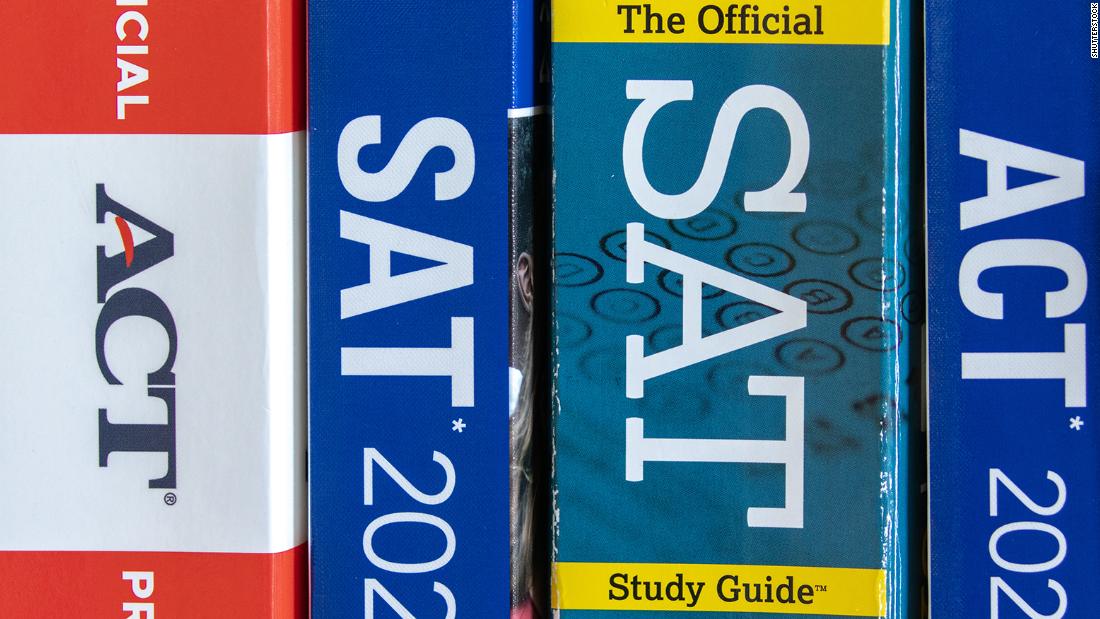 Say Good-Bye to the SAT and ACT in California

The University of California announced on Friday that it will no longer consider SAT or ACT scores as part of their admissions process.  The California system reached a legal settlement with students in a case that would eliminate the two tests even on an optional basis for admissions and scholarship decisions.  The settlement signals the end of a lengthy legal debate over whether the University of California system should use the standardized tests, which students of color and those with disabilities have said put them at a disadvantage. Opponents of the tests called the settlement “historic,” and said that it would broaden access to campuses for students across the state.  As reported by The New York Times.

“Today’s settlement ensures that the university will not revert to its planned use of the SAT and ACT — which its own regents have admitted are racist metrics,” said Amanda Savage, a lawyer representing the students.

“Some 225,000 undergraduate students attend University of California schools, and the settlement this week makes the system the largest and best-known American institution of higher education to distance itself from the use of the two major standardized tests.

The settlement resolves a 2019 lawsuit brought by a coalition of students, advocacy groups and the Compton Unified School District, a largely Black and Hispanic district in Los Angeles County. The plaintiffs said that the college entrance tests are biased against poor and mainly Black and Hispanic students — and that by basing admissions decisions on those tests, the system illegally discriminates against applicants on the basis of their race, wealth and disability.

In January, the College Board, which produces the SAT, said that it would scrap subject tests and the optional essay section, further scrambling the admissions process.

The newly announced settlement says that no University of California schools can consider SAT or ACT scores in determining admission offers for students applying for entry between fall 2021 and spring 2025. If scores are submitted by students, they will not be viewed by those looking over admissions applications, the settlement said.

Last year, the university system voted to phase out the SAT and ACT requirements for admission, amid the ongoing criticism. Like many colleges nationwide, University of California schools had already made the SAT and ACT optional for last year’s applicants who will begin school this fall, after testing dates were disrupted by the pandemic.

Then the California system’s governing board voted unanimously to extend that optional period for another year, and said it would not consider scores for the next two years in the case of in-state applicants. In those cases, standardized tests would be used only to award scholarships, determine course placement and assess out-of-state students. The board planned to phase out consideration of the SAT or ACT for any student’s admission, in or out of state, in 2025.

But last year, students sued the university, with lawyers arguing in court that even voluntary submission of scores would be harmful, particularly for students with disabilities who were largely unable to take the tests with necessary accommodations during the coronavirus pandemic — and therefore were denied the opportunity to submit scores.

An Alameda County Superior Court judge granted a preliminary injunction, ruling that the university system was not permitted to factor in SAT and ACT scores in admissions decisions, even if the tests were optional.

The University of California complied with the decision, but strongly disagreed and filed an appeal, a spokeswoman said in a statement. At the same time, the university system explored the possibility of a settlement “that would provide certainty for students and their families, counselors, and high schools,” the statement said. The parties reached an agreement, which was approved on Thursday by the University of California Board of Regents, the university said.

The settlement provides that the university, if it chooses a new exam for entrance in the future, “will consider access for students with disabilities in the design and implementation of any such exam.” It also specifies that the university system will pay more than $1.2 million to the students’ lawyers.

More than half of the country’s four-year colleges and universities dismissed the ACT or SAT for fall 2021 admission, according to FairTest, a group that has pushed to end testing requirements. This means that 1,240 institutions — including top universities like Brown, Caltech, Carnegie Mellon, Columbia, the University of Virginia and Yale — are test-optional. Some of these same schools, including the University of Virginia, have expanded their test-optional admissions beyond fall 2021.

SAT and ACT scores for the University of California may now be used only for the limited purposes of fulfilling the English subject-matter requirement, course placement or advising after students are admitted — if applicants choose to submit them, the university said.

Critics of the ACT and SAT have raised concerns that the tests put less wealthy students at a disadvantage, citing decades of data indicating that they are inherently biased in favor of affluent, white and Asian-American students. They also say the tests are too easily gamed by students who can pay thousands of dollars for private coaching and test prep.

But the College Board, which produces the SAT, has insisted that students are disadvantaged by inequities in the education system, not tests, and that basing admissions decisions strictly on grades tends to boost opportunities for wealthier, more advantaged applicants.

“Real inequities exist in American education, and they are reflected in every measure of academic achievement, including the SAT,” the College Board’s executive director for communications, Zach Goldberg, said in a statement. “The SAT itself is not a racist instrument. Every question is rigorously reviewed for evidence of bias and any question that could favor one group over another is discarded.”

The Board said it favored test-optional policies, such as the one that the California system and others had previously put in place. “As we emerge from the pandemic, the SAT will remain one of the most accessible and affordable ways for students to distinguish themselves,” it said. “Preserving a student’s choice to submit scores is important.”

At the University of California, Los Angeles, freshman applications rose by 28 percent, and even more for racial minorities — by 48 percent for African-Americans, by 33 percent for Hispanic students and by 16 percent for American Indian students.

“The makeup of this year’s applicants already show that students are no longer deterred from applying based on their inability to access standardized testing,” Marci Lerner Miller, another lawyer representing the students, said in a statement addressing the settlement.

“We’re confident that this settlement will lead to students demonstrating their abilities, rather than their disabilities, in the application process,” she said.

Eliminating the SAT and ACT is indeed an “historic”  step in opening up admissions to a large percentage of minorities and people with disabilities.